I personally think this is a massive road block to using interactive components “interactively”. If you can’t have a select that switches between a default/active/interactive state in an overlay modal that when the modal closes the states reset to default then what’s the point.

For me this shows just how behind Figma is on the prototyping front compared to the complexity that ProtoPie and ProtoIO deliver. 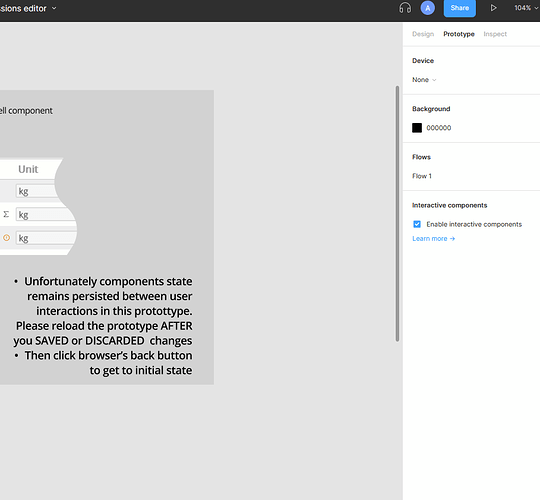 i am finding myself in this very situation with multi-tier navigation. everything works as expected on the initial path, but when returning to the origin page, the specific secondary flyout menu used to first navigate is stuck in an open position, where I would like it to return to its original state. totally agree with the proposed solution of being able to set the origin back to its initial state upon navigating to a new frame. 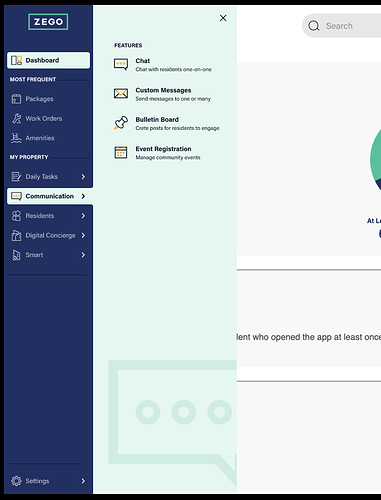 having the same problem. I’d like to either ‘reset’ or choose a state the interactive component is in when going between frames (using same component). The current implementation requires re-creating a noodle of pages (as someone else just mentioned) making them useless.

Hi folks.
Excuse me for my english but I will try to explain.
The same problem - I have a “dropdown menu” component that looks like “hamburger” icon and a list of items that appears when user clicks on icon. Each item should lead to other frame. In other words, it is a simple navigation that is used on any website. And instances of this component are placed on different frames (website pages) at the top with “no scrolling”. So I click on hamburger-icon. List appears. And when I click on one of the menu items I should jump to another frame in its initial state - with collapsed menu. As it should be on websites. Ex: I have a list - home, about, gallery etc. Initially flow starts on “Home frame” with collapsed menu. Then I click on “About” item and jump to “About frame” which initial state is also with collapsed menu . Then I click again on hamburger-icon → menu opens → I choose “Home” and return to Home frame. This frame should be with collapsed menu. But it remains with opened menu from previous visit. Then I click again on “About”, jumps to “About page” and now it is also with opened menu.
I’ve tried to work around this issue by adding “Mouse leave” interaction (by the way, this is not exactly a workaround, because when you move mouse away from menu, it should really disappear) in hope that jumping on other frame will be concidered a mouse leaving. No effect. Apparently different instances of menu component placed on different frames and even named differently, count as one.
Also I’ve tried to combine “Touch up/down” and “Tap” interactions but unfortunately it doesn’t works properly.
I see that this problem has not been solved for a year.
It would be very cool if

I open a drop-down menu on a frame, click a link in it to a different frame, and then when I click a link back to the original frame the menu is stuck open from before.

Honestly, this (interactive components) is the main reason I was switching to Figma from Sketch + Invision - if I am back to creating a static frame for every state, then I might as well stick with Invision…

+1 from me.
There’s a frame in my prototype that when a user navigates to it, I want everything in its base/starting state, regardless of what they might have interacted with previously.

This problem still persists. it is sad I seems stuck, found a couple of workarounds but it doesn’t do it for me.