Comments hidden by default (as it used to be)

It would be amazing having the old Figma appearance back. It’s annoying having to press Shift + C every single time I have to open Figma (I switch accounts constantly) and the comments are always there.

Figma could ask “Would you like having the comments hidden the next time you open it?” or something that would allow me to save my customizations.

Cheers and have a lovely and productive week.

During my design workflow, especially if on a single monitor, it’s quite common for me to hide and show the Figma UI in order to maximise screen space (with the shortcut ⌘+\).

Since the new comments feature rollout, hiding and and showing the UI also controls if the comments are shown or not.

I find this very annoying as it is a non-intentional consequence of a decoupled objective I am trying to achieve. That is, comments have nothing to do with this part of the workflow as they are not part of the Figma UI, but rather part of the collaboration workflow.

In other words, the new logic is:

The preferable decoupled logic would be:

Eager to understand which workflows are benefiting from the update. For me this just means having to press shift+c at least an extra 25 times a day.

This is also extremely problematic for me as well.

Why are you forcing users to look at comments just because they want to see the UI? There is already a paradigm of the app remembering whether the left panel was hidden or shown when revealing all UI… why would comments work differently?

This is very frustrating and slows me down considerably.

Pressing shift C all day is such a pain.

Are you trying to get me to move all comments to a different system, because that appears to be the only fix for now.

While I’m editing, I can see the comment bubbles floating around. That’s annoying when you’re trying to focus on editing. And god forbid if there is an icon getting covered b the comment bubble. It’s so disorienting to work with it.

You can press shift-C to hide them but I do agree that it’s annoying that they’re displayed each time you open a file. I then thought it might be useful so you’d know that there were comments, but then realized there could be a better method for that as an alert as opposed to always just showing all comments each time.

Can someone explain - I can’t actually see the comment bubbles unless I click on the menu item. I’m trying to make them visible to non-designers I’m linking the page to.

When I do shift-C, I see the toast saying comments are visible/hidden, but nothing else happens.

Edit:
Ah maybe I just don’t have this feature yet

Just saw a tweet from the figma account saying they’re still rolling this out over the next few weeks, as of Nov 17

This is the same issue I’m having. I can only see comments when I click on the comment bubble in the top menu bar, and then as soon as I click away (to the pointer, for example), the comments disappear. I want them to remain visible. Shift + C does nothing except tell me comments are hidden or visible, but nothing really happens. Have you found a fix?

The new comments design is nice, but the comments are now always visible. The only way to turn them off is to go to comments mode, go to the comments setting in the comments panel, and set Hide Comments – unless you learn the obscure keyboard shortcut to hide them.

What makes this worse is this is not an application preference – it’s a file preference! I have to do this on every file?!

Yep, this is annoying and feels like a bug. I can toggle comments on and off (shift+c or the View menu) but refresh the page and they’re right back there, front and center. 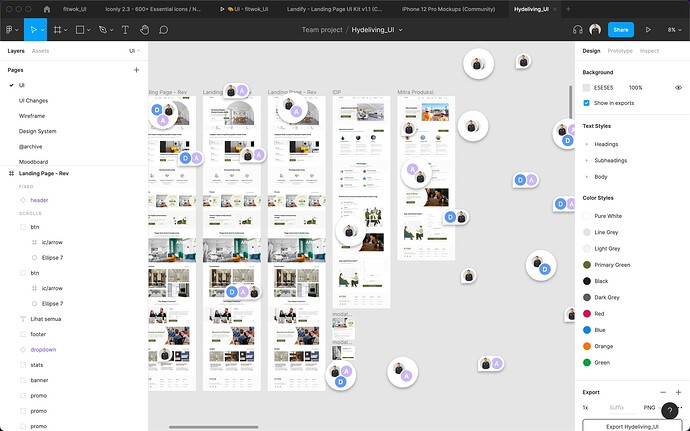 Does anyone experience the same issue?

Does anyone else find that showing the comment bubbles by default annoying?
If yes, please upvote this post.

If Figma still wants to have this option, they could at least have setting allowing us to turn this feature on / off.

It happened a few times where SHIFT-C to toggle comments visible/hidden does nothing. It shows the snack bar confirming the action, but comments don’t appear or disappear (mostly don’t appear I think). If I reload the page, they appear again.

I also had a case where in comment mode (mouse pointer = chat bubble), when I clicked somewhere on the canvas no comment was dropped. Again, back to normal after page reload.

Finally, is it normal that in Preview mode I don’t see the comments that were added on the canvas?

I don’t mind the comments being visible, what bothers me is that I click on resolve but the comments still show as unread and unresolved.

I agree! It is fine for the designers to learn the shift+C shortcut. But we have several development teams, and we can’t expect the developers to learn all the shortcuts in Figma. Some of our sketches have many comments which totally obscure the sketches now. Obviously we can resolve the comments to remove them, but that takes time. As a minimum you should make it possible to show/hide the comments through clicking the comments button in the top bar, instead of having the “secret” of pressing shift+C only to hide them.