Problem:
Currently, you can only have 1 plugin at a time. Having the ability to access multiple plugins like Unsplash, Content Reel, etc… would make it so much quicker when filling in dummy content or about a million other tasks.

I would imagine the same type of system that Adobe integrates makes the most sense. This way you could expand/collapse plugins from the right sidebar by clicking on their icon. 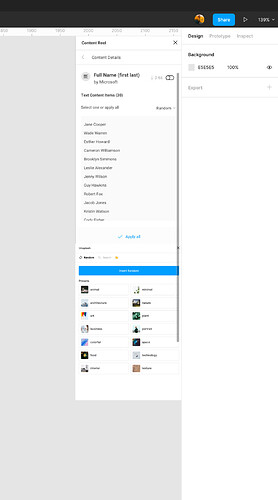 Are there any major reasons why this is not a part of the current software?

Because this will clutter up the otherwise clean looking interface, but quick plugin access is a must-have if you are a power user.

Probably try assigning shortcuts to your most used plugins, and before soon, you’ll find the most graceful way to navigate between plugins

I understand the clutter issue. But if you look at Adobe’s system they have multiple collapse states for the toolbar items to efficiently clean that part up. Any single plugin could live under a square icon next to the main right sidebar. It could just expand/collapse with a click to clean up the interface. This would serve more as a hide/show vs a close so that the plugin is still in the current state you leave it in.

The issue with just pushing it to call up the plugins with shortcuts is they pull their open state every time they start up which is not efficient. Take the unsplash plugin for instance… Open plugin > click on the search icon > click on search field > type query > wait for query to load > click photo.

It’s way too many steps and the only reason it is closed is because I needed to access another plugin (ex: contrast checker or a dummy content section tool)

The keyboard shortcuts solution is how I am currently using it, but this seems like a reasonable concept.

Here is my ideas, We may add the Plugin bar on the right of the screen 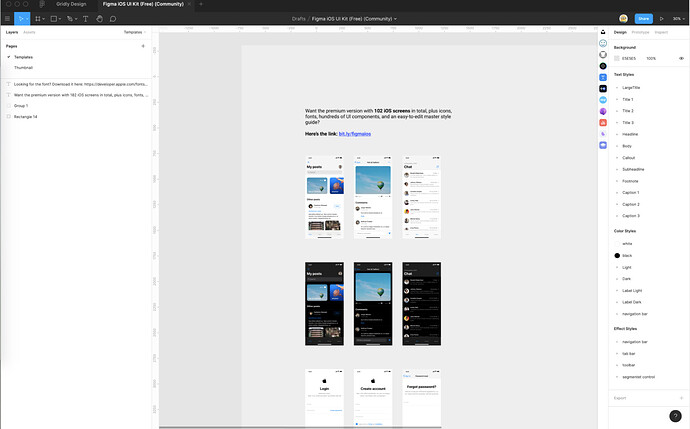 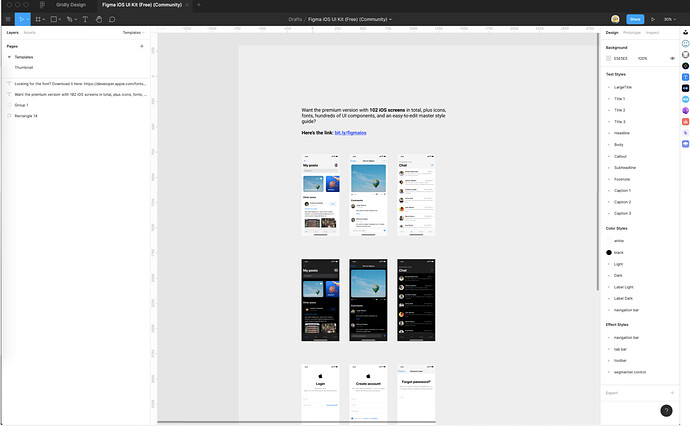 Preferably, you can allow users to do custom actions. (Drag and drop fixed)。

Related: Call up plugins in a quicker menu system on the right sidebar like Adobe

Try getting in to www.figmaplug.in

Instead of having to right-click or drill through the menu every time you wish to use a plugin. It would save so much time if it was permanently fixed to the top bar (eg; next frame/text/comment tools), or to the right in the same section as Design (Eg; above or below Auto Layout/Layer/Fill etc).

Saving just one extra click would be such an easy win!
This may have been covered, but couldn’t find it anywhere.

Had the same idea when Plugins were first announced and my plugin list grew until it got too big.

And I also thought that there would be a nice spot to place a few Plugin Icons to make your faves clickable. And in the dropdown Menus you could click a Star icon or even click a star icon in the command prompt on the suggested plugins.

My current workaround is to just use the command input.

The current integration of the plugin is laborious. it is hidden and requires too many clicks.
Would it be possible to make it easier and faster to find? Inegrate it as a top-level menu item / sidebar?

Why Figma blocks good things?
How about to add FigmaEx as a native feature?
It’s good and convenient addons panel

I find my self using plugin a lot. For data syncing, or color design or zeplin export. But everytime it goes like first right-click then hover on plugin and then select the plugin. Please provide a separate pan or at least a direct icon on the top bar. On clicking the icon we can get all the plugin list.

Would be very very helpful.

1. Describe the problem your experiencing and how your idea helps solve this
When I use a plugin, I often close the plugin window when I’m done using it at any time, and spend a second deciding how to open it again when I need it moments later.

I’m getting into the habit of not closing plugins and just moving them to the bottom of the screen (though can’t open more than one plugin).

This works, I like this, though maybe it could be more intuitive? Also it’d be great to open multiple plugins at once. 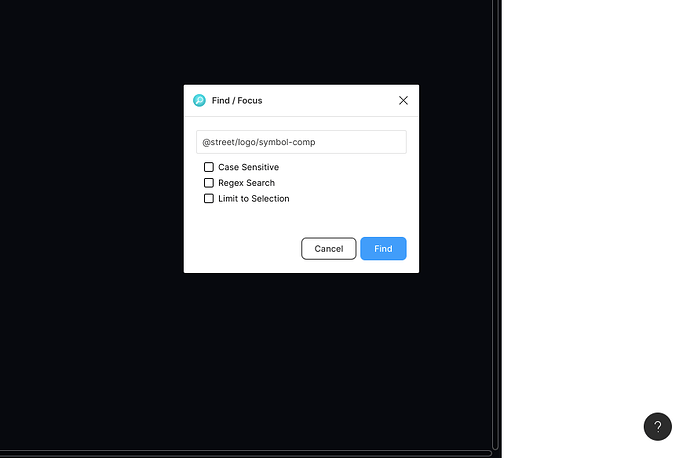 3. Ask questions to bring the community into the conversation
(e.g. Does anyone else experience this? Is anyone using a plugin or workaround to help solve this?, etc.

Would it be possible for plugin authors to implement a minimise button or would it be a figma implementation?

What does everyone think of this in general? Maybe someone has another idea, like… a “plugin dock” or something?

I love this idea! I was thinking of something similar.

An additional reference would be 3D programs. While their interfaces are normally incredibly complex, I do appreciate how customizable their interfaces are. For example, in Cinema 4D, nearly every menu item has a corresponding icon button that you can throw into a custom palette and dock it to the UI where you want it. Additionally, you can have multiple layouts—just like in Adobe CC products—for modeling, animation, lighting, etc.

I love this idea!

I keep having to switch between two or three plugins in quick succession - do do different functions altogether.

Another comment here in hopes of bumping this idea. Please add one of these good ideas here. Even just being able to “pin” the most used plugins would be great. Or an option to add a section above or below the layers panel.
Thanks!

the plugin you want will come up on top of the list. If not, just be more specific on the typing, if you have two plugins with very close names.

I have plugins “color guide” and “color styleguides”. If I type command+/, “p c g” I get “color guides” as the first on the list (just press to open the plugin)
but if I type “p c s” I get another plugin called “Automated Color Guides” as first on the list and “color styleguides” as third. Not too bad, just press arrow down two times and .
This is the fastest plugin open method I found so far.