Is there a difference in outcome between using Swap Libraries vs Themer plug-in? Is there a use case for one over the other?

I’m not sure where this question should go since it’s about both a plug-in and native functionality.

@Mr.Biscuit and I discovered that Swap Libraries doesn’t pick up Styles to override when they are inside library instances and aren’t overridden in the first place. But if you change the external style to itself manually (e.g. with Selection Colors or a custom script) then Figma will pick up these styles to replace them. Themer and other style swapping plugins don’t have that issue.

Also Figma doesn’t create overrides somehow even though it changes styles. Here I changed purple to red in instances and it doesn’t show as an override you can reset. 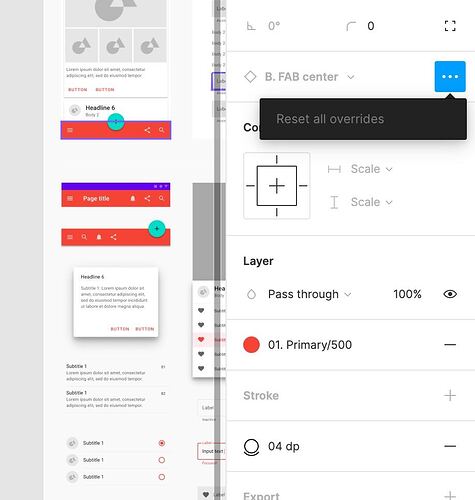 I think both of these are bugs but not sure.