Since the recent plugins update I’ve been having issues with using the quick actions bar CMD / CTRL + /.

Any thoughts on either point? 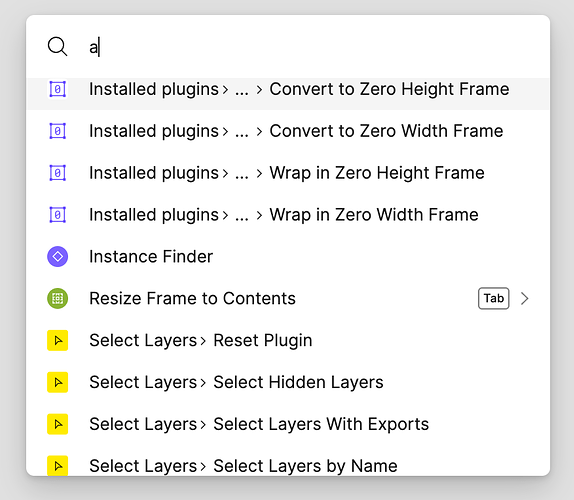 I had the same issue (still have) but my workaround is opening the plugin via the new resources menu (Shift+I). Afterwards, they do appear within the quick actions popup.

As for your second point, plugins can now be run without having to install them beforehand, so the ones listed have been installed.

thanks for the tip on point 1, will try that

re point 2 - all of those plugins are installed, hence the confusion - they should all be labelled “Installed plugins”. But tbh - given the width of the quick action view, it’s wasted space, I’d rather they were all without that additional text.