Variable fonts are widely used in the industry and it’s strange that when it comes to Figma, those are not even supported.

Personally, it limits me by a lot, because I have to install non-variable font versions and ship apps using them specifically. It’s even crazier because some of the most popular fonts (including Figma’s own brand font, Whyte!) all have variable versions.

If you have something to add, feel free to do it below👇🏼

The problem appeared once moving quite big project from Sketch to Figma, and suddenly our team is in a situation where we are forced to redesign the app for TTF and leave Variable Font behind. Long story short, product is positioned as Sketch killer, so importing on such a core level should be maintained and not impact the flow.

Variable Fonts are getting hotter and hotter. Figma as innovative software should jump on the hype train and implement the support, like it’s biggest competitor did back in October 2019. Our organization was surprised that it’s not supported already.

So much needed support.

yes! I was so surprised it didn’t work. Even adobe has managed to include it to some of their software.

This is much needed. Was baffled when I couldn’t use variable typeface.

Much needed feature. Do we have any workaround till now?

This is a critical feature nowadays. Please Figma, don’t fall behind.

Figma is such in advance on so many aspects that I am highly surprise that this core feature is still not implemented!

Because yes… It is needed! 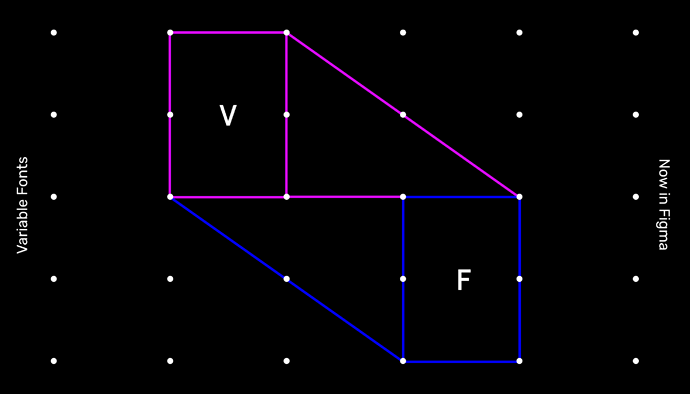 A plugin to run variable fonts in Figma. Contribute to Tgemayel/variable-fonts-figma development by creating an account on GitHub.

+1. This was a feature request on Github for over 2 years and it suddenly got closed 3 hours ago (without a remark). Was opening Figma right away because I thought they FINALLY added it, but I don’t see it?

Looks to me like the github issue wasn’t closed direcly, but as a side effect of that whole repo being archived (made read only)

Hope ti will be available soon!

I hope this is somewhat on the radar for being actually developed. It is really important for designers to get capabilities at least somewhat similar to the target medium’s capabilities.

Is there a reason this is not prioritized when we’re developing new features like FigJam? Seems pretty basic.

I like FigJam, but this reads as a bug to my design team.

I have uninstalled and installed multiple Variable Fonts from Google Fonts. Thinking that the stupid Windows is not working properly. Guess it was not Windows’ fault. xD

Must have feature. As an industry-leading Design Tool, Figma developing these new features should have some weight in the Product Development cycle.

Designers are saying use variable fonts, which is a great once in a life time event, but then we find out variable fonts don’t work in figma and we be like so sad.

Amazed this still hasn’t been implemented. Come on Figma, you should be all over this!