Variant image would not cha

Basically, I am working on an interactive component with variants. I have an instance in which I want to change the image. While the default variant changed, the hover state doesn’t change to the new image applied (it still has the parent component’s image)

Sos. Component instance picture swaps to the original one on hover Interactive Components

Sounds like you need to properly assemble your interactive component. Check out a working example here:

How do I override placeholder images in interactive components/variants?

check out the file i edited for the topicstarter:

Okay, thank you for this. Case in point, the image on the left is on a master component. On this component, I made the default and hover with the overlay. I saw a video that I followed strictly. It didn’t seem to work.

Please check this out 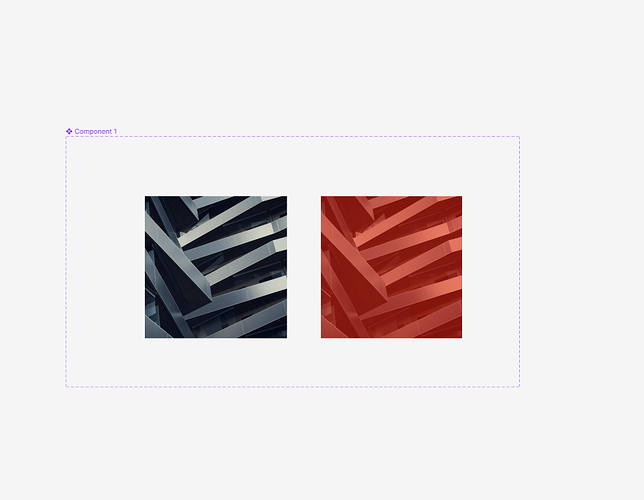 I assume that your overlay is not a separate layer, but an additional fill.

Could you share a link to the file? This will allow anyone to see the structure of the component and help to understand the reason.

Yes, you are correct. It is an additional fill. Not a separate layer

Your comment on it being an additional fill prompted me to make a separate layer instead and it worked just as I intended. You rock!
Thank you very much