Show/Hide UI shortcut doesn’t seem to work anymore in Mac. It has changed from Command + \ to Command + . and i can’t use it in Mac anymore.
This shortcut is so useful during workshops presentation. I really need it back

Have a nice day,
Audrey

On Mac I use Command + \ (backslash) and it seems to work for me. Maybe you have caps lock on or have remapped your shortcuts in System Preferences?

I do not have this shortcut anymore… It was working perfectly before. Now Command + \ seems to hide / show multiple cursors. 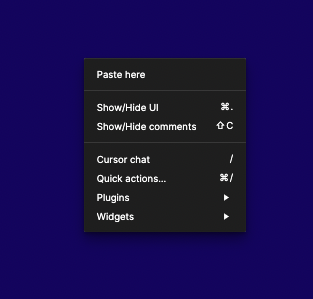 Hmm, yeah you may have found a bug … I also have Show/Hide UI as Command-. on a control-click, but in my case BOTH Command-. and Command-\ work for me to show/hide the UI. Which probably isn’t right either. Anyone else on Mac want to give it a try? I’m on Monterrey 12.4

I’m on Mac Monterey 12.4 and last version of Figma.
For me Command-. show me this message on the bottom of my screen “Multiplayer cursors visible/hidden”. And Command-\ do nothing. (But it was working before last Figma update). 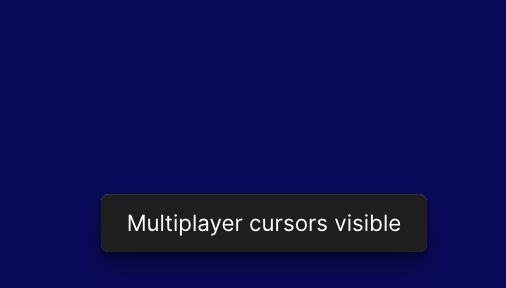 Same for me… The shortcut Command + . does’nt work anymore

I tried with Command + \ but still doesn’t work, it only switches “Multiplayer cursors”

I’ve the same issue. I agree with @Audrey_Haag it’s so useful while we’re on workshop. Is there any news about this bug?

just happen to work for me (I’ve been trying everything!)

Thanks! It works great for hide layers panel. For all UI command+option+maj+/ is now working for hiding UI!