I used this feature in my prototype last week. I linked these main components. And everything worked correctly. When I click somewhere on Details button on instance component, the popup with details is opened.

But now this action isn’t work… Is it bug? Sure, I can link all Detail buttons of all design layouts to Place details popup… but it’s not good at all. Instead to link once, I now need to link too many times 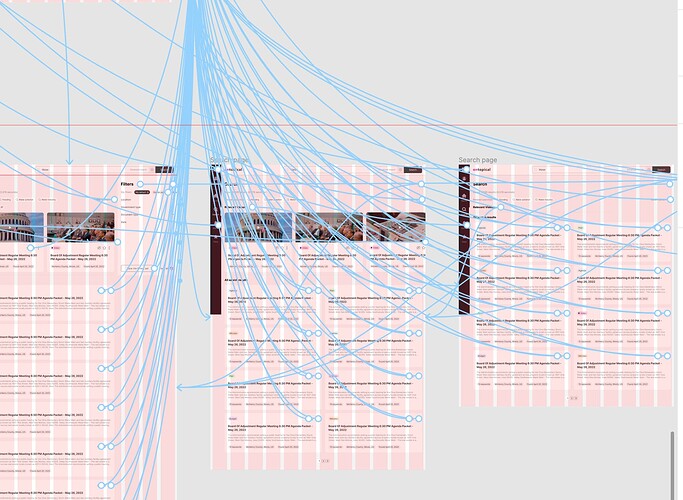 Have you tried to change your interaction settings to “swap overlay” instead of “open overlay”?

Alright, could you share a link of the file? Doesn’t need to be the whole file, but the screens you have trouble with, so I could reproduce the error.

I guess it has something todo with the transportation of information. If you use your card component on another page (as an instance) (1) it needs also to store the information of the other overlay component even if it’s not there. Figma has then trouble to find the component overlay (2) and the interaction doesn’t work. 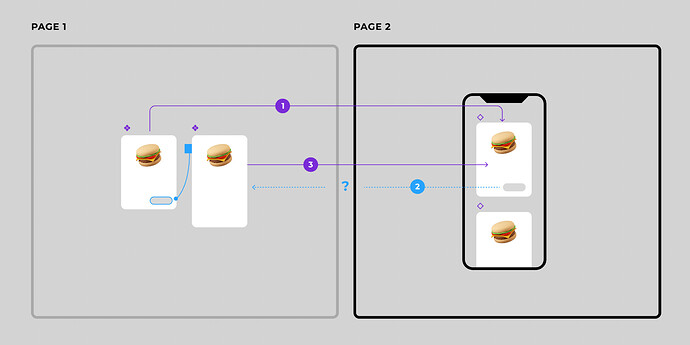 A simple example is to try to have a button that opens a frame from another page as an overlay, figma needs a reference and if it’s not living on the same page it will be ignored, that’s what (3) would be in the image above if it’s possible.

You are welcome, happy that it works now and yes it sounds a bit strange. It also helps sometimes to directly asked over the implemented figma feedback tool, the question mark in the bottom right corner, they are closer to the product, but take longer to answer.

Here is btw. The feature you are looking for Create one prototype across the pages in a file

Create one prototype across the pages in a file