Although there is an option to “Show/hide hotspot hints on click” within the options menu in the web/desktop app prototype view, there is no such option in the mobile app.

As mentioned by everyone else who has requested this feature, this is critical for user testing with the mobile app.

This issue has been posted and ignored several times over several years, so I will continually reply to this thread to prevent it from expiring until it receives a reply from the Figma team:
1. November 28th, 2018: How do you disable hotspot hinting in the Figma mirror app?
2. February 18th, 2020: Remove Hotspots in Mirror App
3. July of 2021: How do you turn off touch hints in Figma Mirror?
4. August of 2021: ​Figma Mirror invisble hotspots
5. October of 2021: Remove hotspots from Figma Mirror
6. October of 2021: Prototyping in Figma Mirror: hiding hotspot hints

Please read the description of the request carefully instead of replying by saying that this feature exists in the desktop app. I am referring to the mobile app.

an option to “Show/hide hotspot hints on click” within the options menu in the web/desktop app prototype view, there is no such option in the mobile app

You can turn off hotspots in the mobile app. 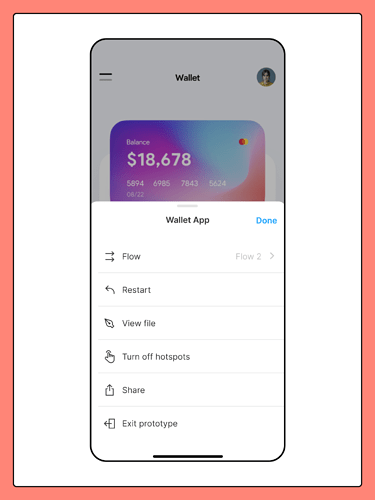 View prototypes on a mobile device

Thank you for the quick reply. Although I do see this option in the prototype menu on the iOS mobile app, it is unresponsive. Tapping that option does not affect the visibility of the hotspot hints in the prototype.

I had the same issue and had a chat with the Figma Support who told me that they indeed found a bug in my case and that it will be fixed in iOS 21.12.0 which will be released on the 2nd of August. Hopefully it will work for you then as well.

The hotspot hints still do not turn off on mobile. Did the update from the 2nd of August work for anyone else?

You can turn off hotspot on Android Tablet, however the problem persists on iPad, which is concerning because our users are majority iOS

Also can’t turn them off when mirroring.

Please make a fix for iOS. We record the prototypes as movies but whenever we click anywhere we see the blue hotspot.

Very disappointed this hasn’t been fixed. We have a UT today and it will hinder the results:(