'grid' auto layout that overflows contents into next row

Ideally for a sidebar, I’d like to have the right side here instead of the left: 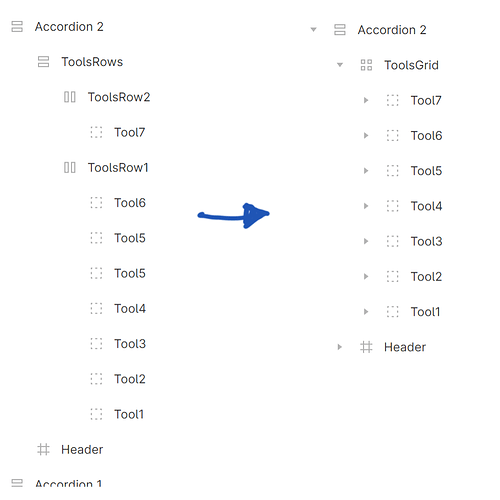 where copying and pasting a ‘Tool’ in the Layers panel wraps automatically wraps around to a new row instead of having to create a new row and paste it in.

Any suggestions? Layout Grids applied to the desktop don’t feel appropriate as responsiveness to different device widths isn’t a concern - but I would like the tools to overflow to the next line if the sidebar width is changed.

Impossible with current Autolayout. Vote here for the feature.

Oh, I spent an hour in Figma trying to do it some way, then 30 minutes searching for an answer and there’s a thread with over a thousand votes asking for the same!

Thanks - only used Figma for half an hour prior and didn’t think I’d reached a limitation already.