I have been using Figma for almost 4 years now(dedicatedly), and the Figma team has always improved it based on user feedback. And, Figma today is so much more powerful and features back from Figma 4 years back. With new Features, I started changing my workflow to get the best out of them.

Two years back I implemented this unique system for collapsible contents prototype. Back then the interacting component wasn’t a thing, but still, I made it work. Now, after 2 years, my system is even more fluid and is very good at what I do with one exception.

So we all know what collapsible items are. They are the UI with hidden additional information, that can be easily accessible with just a click. 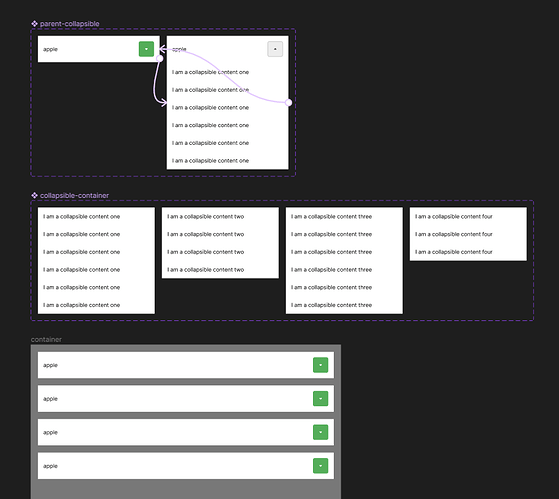 And here is the prototype I made out of it.

The problem
Everything was great till now, I presented my prototype and everyone liked it, it looked like a real app. Now is the time for feedback, and we have comments for it.
And everyone gave me feedback the next day and I realized the comment are not dynamic for the components.

How comments were made,

How it was visualized,

Now you see the prototype is great but the feedback using comments is not reliable, because it is hard to pinpoint the feedback element.

Proposed Solution
I think if the comment can be categorized it will be solved.
From my side, if I can switch between comments to be visible on the page or the component.

I don’t know if this is possible. But It will really help. And apologies for such a long post. I should have included the photo but, “Sorry, new users can only put one embedded media item in a post.” 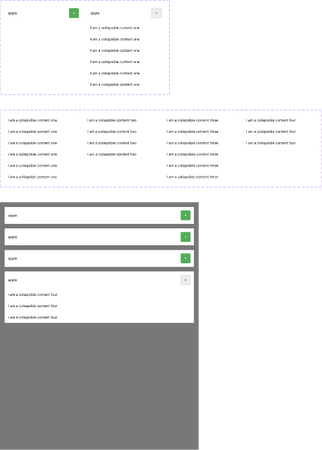