What is the # Clip frame for?

It is hard to see the problem from the screen grabs.

If that doesn’t work, send me a DM on Twitter http://www.twitter.com/chsweb and I will provide an email address that you can share the file with me.

If I’m guessing, the problem is in how the ❖ Listitem and ❖ DropdownList are built.

It is November of 2021 and it is quite concerning this hasn’t been fixed yet.

Ordinary Buttons do work at keeping text overrides. But in a segmented design environment eg. multi-options toggles aka “Segmented Controls” or “Toggles” ~ any text overrides still somehow reverts back to whatever the parent or atomic “base” structure was set.

The only seeming workaround to this as unintuitive it sounds - don’t use atomic base structure. That’s right - design your component, prototype / set interactives, style it via variants (dark mode toggles on/off, outline version on/off etc) as usual and use them as is. No complicated nested-upon-nested instancing. See my screenshot setup(s) as hypothetical examples.

The above workaround however pretty much defeats the entire purpose of keeping things diplomatic right at the atomic level through “base” or “structure” components. But for those who demands future proof management:

Anyway, the problem with this text override on nested instancing still persists since January 2020 = https://spectrum.chat/figma/general/swapping-an-instance-does-not-preserve-overide-text~e0f776d3-3c87-4191-92e8-2e71c2c9f23c

And I have tried the naming conventions as suggested here in reddit. Unfortunately still doesn’t work / still reverts to the “base” text = https://www.reddit.com/r/FigmaDesign/comments/l2p2r6/any_way_to_preserve_text_overrides_for_variants/

I’m having the same issue.

We use a simple hover info icon with a text bubble tooltip. Whenever I copy/paste the interactive icon it resets the text to the default.

I can’t even get the custom text to show up in a prototype, even when just copy pasting the hover icon on an empty frame and editing the text.

Please fix this Figma team, we’ve been using this feature in Adobe XD for ages and it’s such a headache that we have to send the text in a separate document to our developers.

Hey guys. Watch the office hours on this feature here Office Hours: Get started with interactive components - YouTube, go to 16:20 - the “workaround” is exactly how it is supposed to work. It kind of make sense after you watch the video. Cheers.

What @tank666 says is correct. If you are nesting a base component, that base component must have EVERYTHING that all of the other variants need to have.

This is my .base-button component: 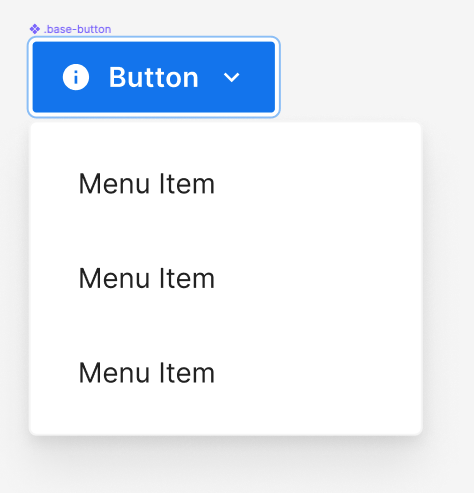 Base includes all of the atoms that every other variant needs:

As you can see, when I nest the base component into my Variant, I am hiding all the atoms that I do not need to the default button state:

Here is my suggestion
Rebuild your base component with every single element/atom/state visible. Then, hide the elements/atoms/states that you do not need for each variant. 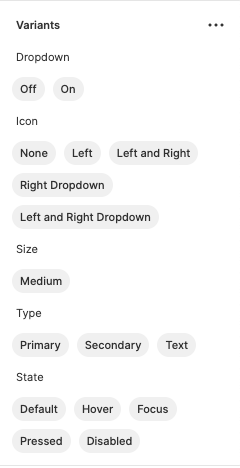 (Believe me) I have tried and am aware of the above .base method.

On complex nested upon nested variants, such as cards and heroes Text overrides still doesn’t retain changes at least in context of Dark mode toggles on/off in which they still stubbornly reverts back to whatever the “parent”, “master” or “base” component says.

I have spent days on this, frustrated.

Or perhaps I’m just the “odd” one out.

Here’s a video I’ve uploaded (yt unlisted) on the problem I’m facing. Hope this resonates with someone else’s similar issues.

I made a quick example similar to yours in which text overriding works.

@tank666 - just want to say thank you very much for this much appreciated. It appears I have to be extra careful when it comes to setting up the nested components.

I was stuck in a prior workflow before having to create two (2) separate components (light and dark) and then merge them via “Combine as variants” feature. So that ~ it seems, Is the “wrong” way of approaching this…

Once again thank you for your help once again,
Andy.

A colleague recently shared this checklist from Notion:

This is a way to keep things consistent from one component/theme to another.

That did indeed fix the text problems! Thank you so much @tank666

Another issue I’m having is how these things are displayed when their size isn’t identical, even if auto-layout is turned off.

Here’s how it works in Adobe XD for an info icon with a hover tooltip:

So as you can see it behaves like it would on an actual production web product.

That’s not how things work in real life products. This is just Figma being weird and restrictive on both accounts.

The only way to get around 1. is to disable Auto-layout, which is really damn stupid. 2. has no fixes afaik

@tank666 @Jono2 - You guys seem to have figured this bad boy out. Well done! Now I’m running into the same problems, but in a different setup.

I’ve been trying to create an atomic based design system where we only have to make a couple of tweaks in one spot to change the entire system. I’ve been at it for quite some time now, but can’t seem to figure it out.

I took the following steps:

The reason I’m setting it up like this because if you look at my file. The page “Lots of linking to be done” has two downsides:

Hopefully one of you two could help me out. Thanks in advance!

Hi @YSluimer, it’s very difficult to guess where and what went wrong, whether it is related to the settings of the components/variants or even some kind of Figma bug. If you can share a video and a link to a example file, that will help us find the reason.

You can also take a look at my Figma Community file, which also uses a “.base” component for buttons. 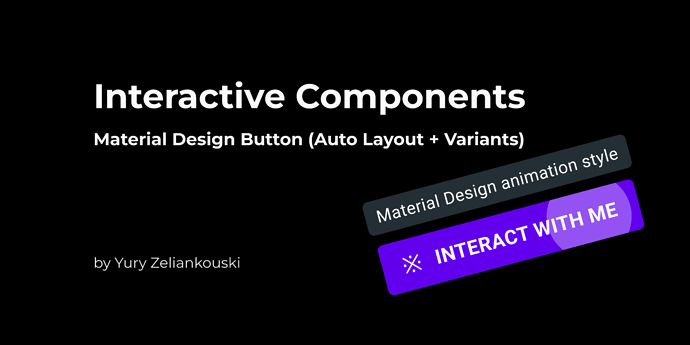 Figma Community file — You can see how the interactive components are made and how they work on the example of buttons from Material Design (Contained, Outlined and Text buttons). Interact with buttons: hover, hold and release. And so in a...

Experiencing the same issue! i didn’t have the problem before but it suddenly occurred.

Had to use a different account because I couldn’t reply anymore?

Anyway @tank666 thanks for sharing that file. And in my file under page “Lots of linking to be done” you can actually see I am using this setup.

Though for what I’m trying to achieve we’re actually going one layer deeper, really going into an object oriented structure.

Thanks for the link! I’ve experimented with your file and here’s what I can guess. The overrides were breaking because Figma doesn’t know how to define the state.

In your example, it read like this: “Any button with/without icon should be large and in the Default/Hover/etc state, and any size, and with some style”.

And it should be something like this: “Any button with/without icon and any size should be in Default/Hover/etc state with some style”.

I hope you understand what I mean.

You can see an example in the screenshot and the link to the file: 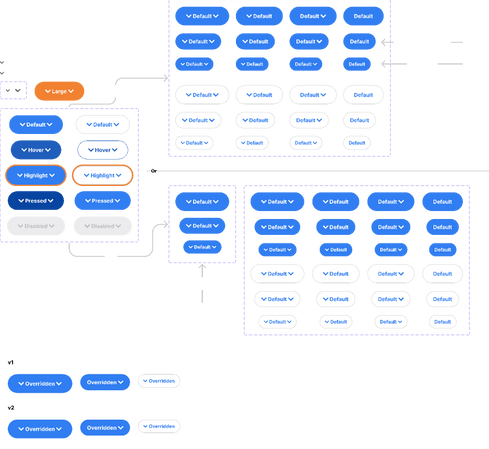 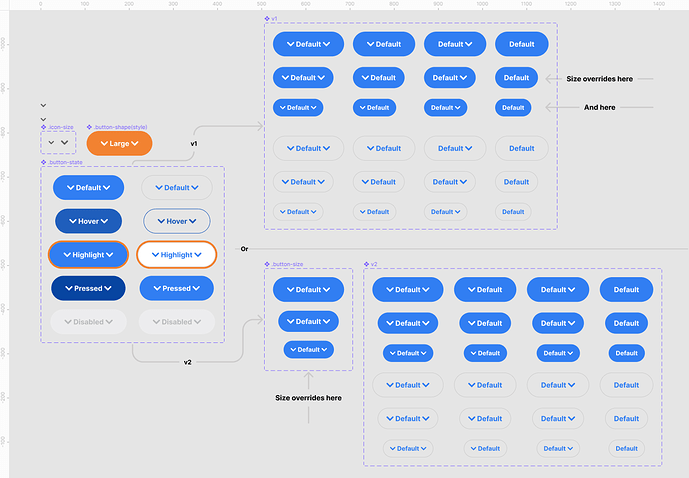