1. Describe the problem your experiencing and how your idea helps solve this
I can open 1 plugin at time, the plugins are located only in plugin section. I don’t have any possibility to add plugin to UI (exp. sidebar). Also plugin windows can be opened only in Figma webview window.

2. Add as much context as possible (screenshots, Figma files, mockups, etc.)
example of sidebar for plugins 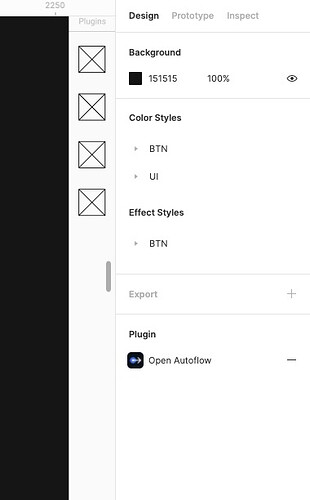 3. Ask questions to bring the community into the conversation
Does anyone else have same problems?

Also plugin windows can be opened only in Figma webview window.

Can you explain what you mean by this? 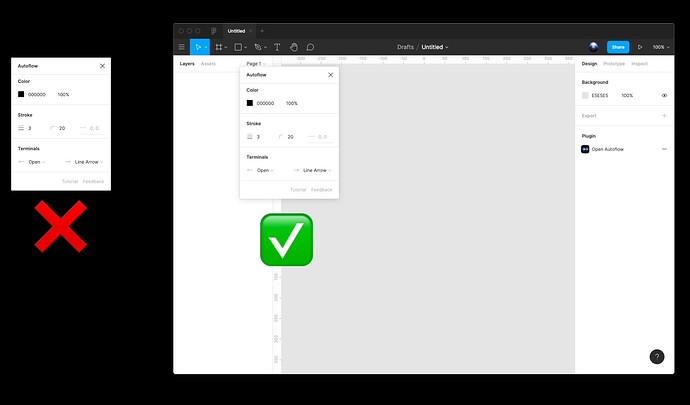 This image should describe everything.
Simply speaking, when you start a plugin you can move it only around window of the Figma Desktop app.

Also I can’t launch more than 1 plugin at time.

Great thanks for sharing! I just updated the title of this post to make it a little clearer.

Would love to have this implemented.

Example: It is easier to actually go to Unsplash Website and download images than
Clicking on Figma Logo-> Plugins->Unsplash->(wait loading)->Use plugin.

Yes please, this is an essential part of the workflow that make me think about going back to Xd - personalizing the toolkit UI. There are many features that are missing in Figma that are masterfully fixed by the plugin community. Please do fix this <3

I feel like plugin windows are often placed in the middle of the screen and I don’t really know what to do with them and they get in the way of my work. I feel the need to have to move them to another screen to work together with them.

If this is not possible, it occurs to me that it is created as a section sharing with Layers / Assets / Plugins.

This is what happens now: 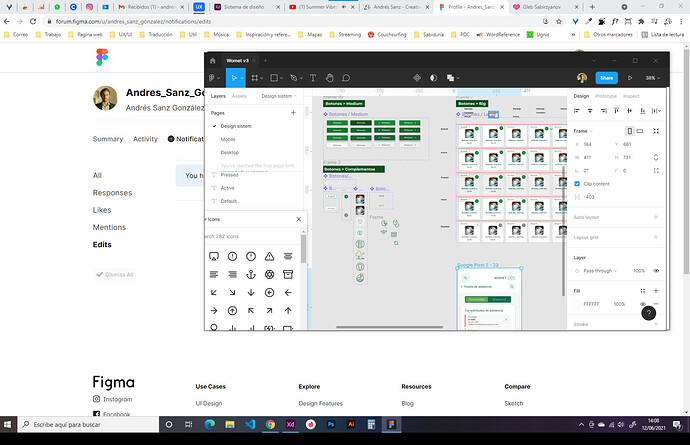 This is what I would like it to do: 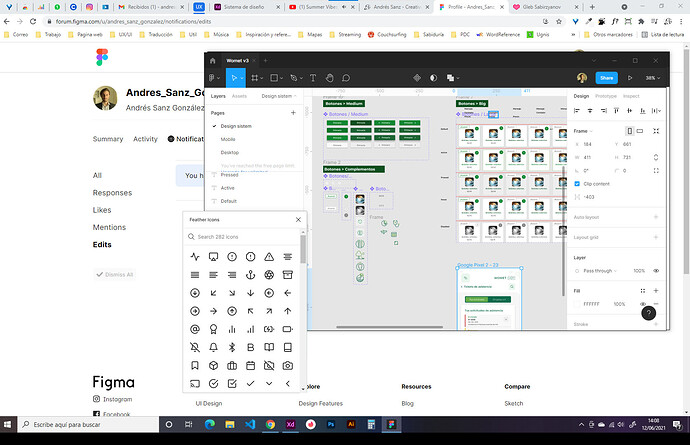 It would be nice to have possibility to run plugin in external window, so you can move it to the second monitor.

Run several plugins at once.

It would be nice to have possibility to run several plugins simultaneously.

Continuing with the idea of our colleague RG_man, I propose a way to implement it in the platform: 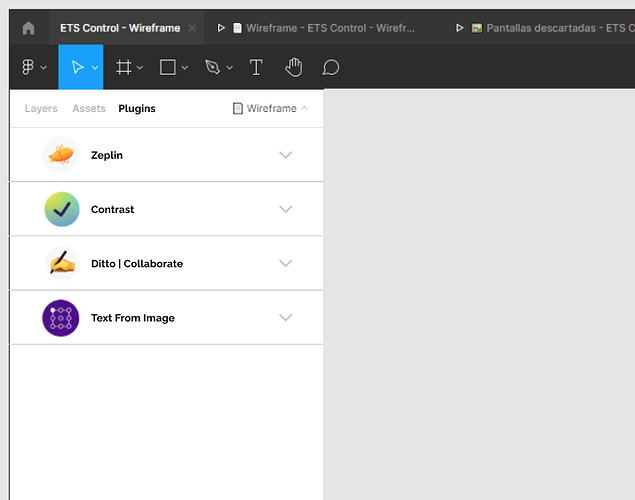 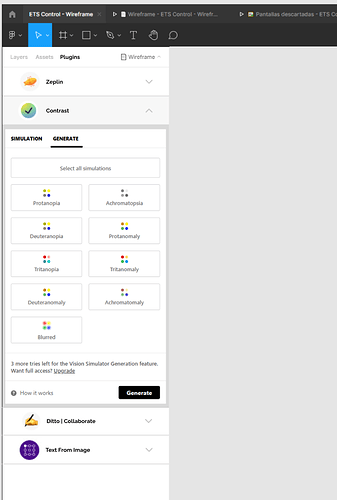 Wow I love this idea Andres! I think it makes total sense to be able to put plugins into this panel.

Thank you very much Gleb!

I just switching from sketch to figma and the window management and integration of the plugins within the sidebar is much better done at sketch.

yeah, exactly. I was working long time in sketch & figma loses greatly in this.
If they would catch up with that it would greatly increase figma user exeprience, probably more people would move to figma.
There is big plugin community in figma but it lack proper user experience.

Run commands is great, but sometime I just forgot name of the plugin & then I need to find it in a list and I lose time.
If you could add managing of plugins UI, I would always have plugins that I’m interest in open & didn’t need to lose time for searching for them. But also this is problem of plugins in figma, that you can only have 1 open.

Agreed, I think plugins need to work like they do in most applications I’ve used plugins/extensions in. Whether that’s MS Word, Visual Studio Code, Photoshop, Even slack to an extent, they should just be a bit more integrated into the workflow.

Half the problem for me is that a lot of plugins have functionality I feel Figma should ideally support out of the box. (E.g. some of the component management stuff like Instance Utils). And I think there are other issues associated with that…

. It’d be great if plugin developers at least had the capability to fit them into the UI. I wonder if it could be made a bit more modular like Photoshop, where you can move panels around, expand/collapse them etc. Would be a big change and I imagine it would need a lot of validation. But that way if there’s certain plugins I use a lot I can give them a permanent place in my UI without having to think of it as going into “plugin mode”

Loving figma so far! The addition of this functionality would make it way more intuitive to use plugins!

Moving over from Sketch to Figma over the last year I am frustrated by the clunky Figma UI. Sketch does plugin and symbol (component) management so much better. Being able to drag your symbol panel onto another screen, and have multiple plugin windows open and on another screen is so much better useability. Constantly having to open and close plugins in Figma is a time waster. Don’t get me wrong, there are lots of things Figma does better than Sketch which makes me reluctant to go back full time to Sketch but an overhaul in this respect is overdue!

Here to support the idea! I’m a developer-designer - have spent many years in something like VSCode, and they have made available an entire API for plugin developers to basically customise the UI as they wish. That means that plugins can very deeply integrate into the UI in ways which suit the plugin purpose best.

I suppose Figma doesn’t have to be as extensive as VSCode, but at least to be able to build a panel into the sidebars should be considered.