Love that branches were added but would like to make some suggestions:

Support sub-branches from branches. This is a really helpful way to signify milestones in an app design and allow for many avenues of exploration and iterations with the ability to only merge the branch (feature or milestone) which was approved. 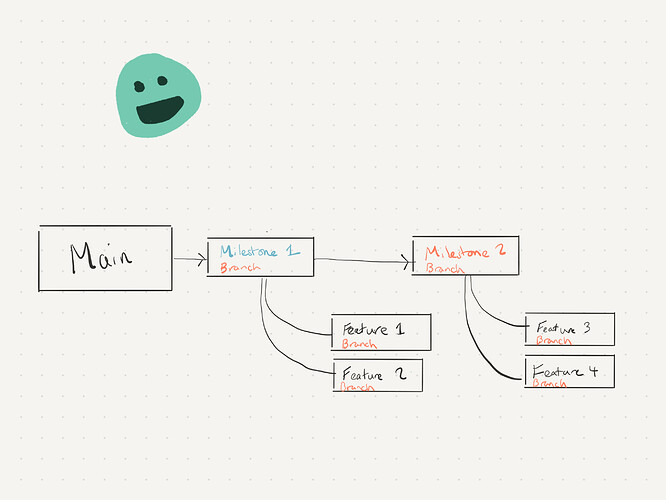 It would be really nice if we could have child branches, so if someone is working on a branch, then you can create a sub-branch out of that parent.

This would be really helpful for when (for example) the parent branch is holding off on merging because the design process doesn’t allow a designer to merge until the feature is in production. Right now there is no way to work separately on the changes someone made on a branch, as branching from the master does not include those changes.

When working with Abstract, I really used this feature, and I do need this in Figma as well