How to do 3 step button hover animation 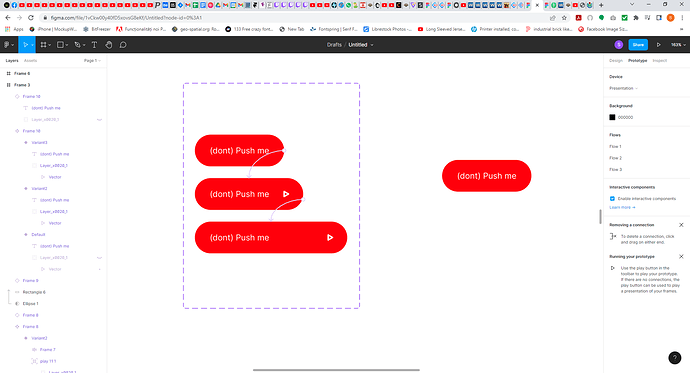 Im trying to make this 3 step animation, for which i created 3 variants of the same button. the first step, between variant default (topmost) and variant 2 (middle) is set to While hovering, then the step from variant 2 to variant 3 is set to After delay, to let the first animation play out. the problem is that i cant get the button to revert to the Default state on Mouse leave, it just freezes at the end of the second step. I have all this within a component with the 3 states and im testing the animation on an instance of the component (in the Default state).

Add the “Mouse leave” interaction from the third button to the default button.

thanx for the reply! i did that, but then the button doesnt animate at all, not even the forward on hover animation.

le: i think i fixed it, had to change the first step to Mouse enter. now it works properly.