Ability to turn off toast notifications

I’ve got a problem with my figma, while using the desktop app earlier today, I might have clicked some stuff I’m unaware of but soon after I started getting pop ups on my canvas/screen when I paste and element, create a frame, enable or disable something in settings. It’s making me frustrated as I’m unable to find a way to disable it. Please help!!! Below is an image of my complain circled. 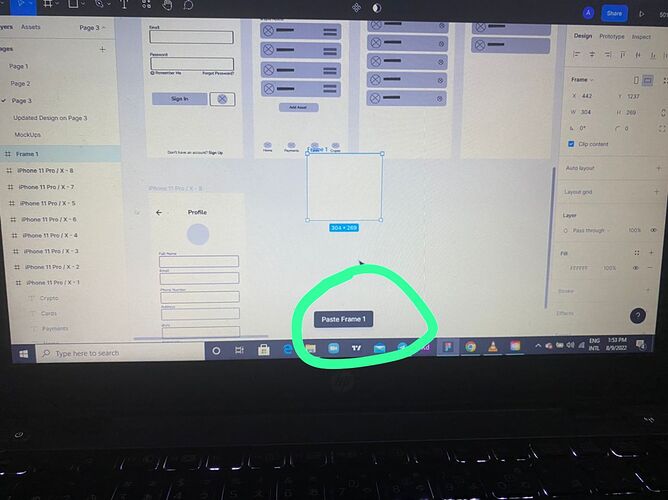 This should only show for certain actions just as pasting. Creating a frame shouldn’t trigger this, and I’m not able to reproduce it on my end. I’ll check in with the team but as far as I know there’s not a way to disable this.

Anyway, what’s the point of showing this kind of notification? If I’ve already pasted the element I can clearly see it on the canvas so why do I have to see also this annoying notification?

Toast notifications are usually helpful for users to identify that a change was made on the canvas. For example, if a copy + pasted image’s duplicate lands on top of the original image, it helps ensure the user is aware that there are two images stacked on top of one another.

But it seems anyway quite unnecessary, there are two ways to paste an element:

In both cases I know what I’m doing there is no unpredictable UX pattern, right?

Even, I can image that the people can make it by mistake (using context menu or keyboard, but I’m sure, it’s quite impossible) it would be great to add to the settings to disable that kind of popup.

On that note, it’d be nice to have the standard Paste action offset from the original, and make ‘paste in place’ an option with a keyboard shortcut, maybe?

We hear you, @andreykeske. Toast notifications are usually helpful for beginners as well as when using a new plugin or widget, but we can see how it’s not as useful to a more tenured user.

We’ve updated this thread to a feature request to allow other users to continue to add their feedback and vote for this capability!

Thanks for the reply.

I’m going to say something to extend my thoughts and I’ll be more elaborative with the idea of why am I doing it at the end of this message.

Please, my thoughts are not toxic, I just feel a bit disappointed with this type of notification.

I’m always curious about the flow of adding a new feature to the product. It seems like (at least to me):

And then CI/CD processes are rolling up a new feature.

And I think when the whole flow where nobody has an argument against this feature it’s a bit broken. Seems like to do a feature for the sake of feature and on Friday just go home and not think about the product.

I’m, as a user, working with Figma and I see sometimes very good improvements, very good job.
But sometimes like this one, I’m experiencing struggle.

It’s very great to do intellectual things being UI/UX designer or developer and the process of thinking is gift labor for the mind not just to do things like robots.

Thanks for reading this one.

And the last one: I’m looking for a job, I’m a full-stack engineer and I like Figma, so I think, being a user of Figma for many years, I might fit the team.