Why isn't my interaction creating a new Flow?

I created an animated element using Variants and Interactive Components and was able to preview the prototype using the flow that was generated. In order to do this, I made an instance of the animated element and put it into a frame with some accompanying text. Everything worked once I got it dialed in so I moved on to make some other elements. Returning later, the Flow had disappeared—despite the interaction noodles still being there with all my settings. There is no way for me to restore this flow, and re-doing the noodles in my Variant component does now work. I’m at a loss—any help? Visual ad attached. Thanks! 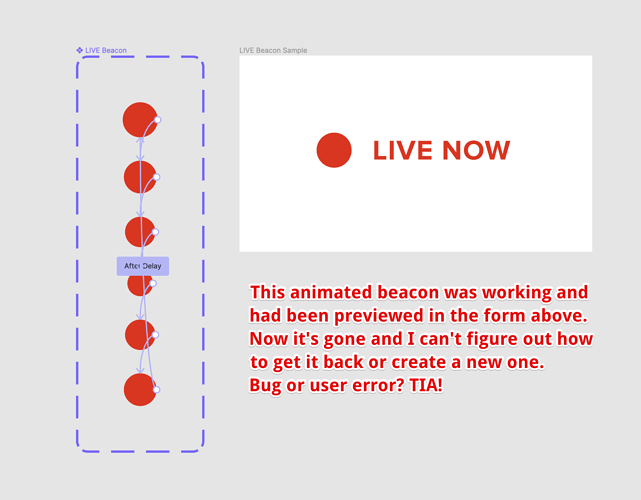 Hi, did you solve the problem? I have the same!

@ggs sorry—just seeing this. No—I’ve not solved it, and haven’t had any replies (obviously

). It seems as though this might happen when too many things are nested inside of each other. For me, making a change to a working interaction makes them all disappear.

Just to make things clear, did you lose interaction connections?

Have you tried adding a flow manually?