Should templates be public to the community by default? Can’t we just create a new template and make it available to our internal team only?

36 Likes
Add personal and team templates from the Browse templates modal
How can you create a template?
Duplicate a Project or Setup Team-only Templates
How can I create my own templates
Gleb February 17, 2021, 1:03pm #2

It’s not possible at moment so feel free to edit this post and move it to #product-ideas so people who vote for it.

Thanks @Gleb I just did that! Is there a reason why this is not possible to do in the product today? Maybe figma decided to design that feature in the specific form it has today (which is likely to be the case, but I honestly just don’t understand the possible rationale behind designing the feature this way).

I guess it was just easier. It’s much simpler to build a static menu for everyone instead of highly customizable things for each user. So I too hope there are more improvements to come from the Figma team!

Actually, when I read about January 15th’s ‘Template Improvements’ I’d initially thought it meant what’s been posited in this thread! It would be really handy for my organization as well

Same here! I got excited and hoped team templates was going to be announced as a thing. I’m going to be really happy when this is implemented.

Just updated the title to make this more clear. This is definitely on our team’s radar!

1up! We are also using file duplication in my team right now, and this is painful.

Yes, I would create for each team / product a template with all the gems (auto layout etc). Would speed up the production and due to the template a given quality is insured.

This would be such a time saver and a nice feature to have to ensure consistency among teams. Make no sense I can use a public file as a template and not an internal one

I tweeted about this and had a lot of folks respond wanting the same feature. 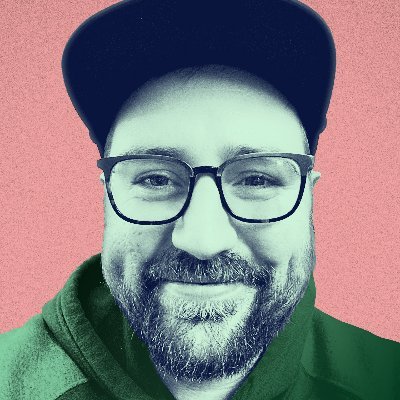 Currently to “duplicate” a project you have to create a new empty project, duplicate individual files inside of a separate “template” project, make sure you’re grabbing the copies (not as big a deal) and then move them to your new project manually.

Ideally I would love to be able to just right click > Duplicate Project like you can do with a file. The community template functionality is essentially this same thing, but having a Team-only version of that would be awesome as an alternative. I’ll never be able to sell setting up our internal projects as a community template, so that’s a non-starter unfortunately.

Does anyone else find the process to create a similarly structured project to be a little cumbersome and repetitive?

Really hope we can get this feature soon…

Templates seems like a pretty basic feature. I’m trying out Figma, but this is a deal breaker. It’s great to have a tool that is strong in modular design like Figma, but I actually try to keep my workflow modular as well, and that means relying on templates.

This is exactly what we need too!

Thanks for taking the time to visualise @josealvarezn

This is the first thing I thought of when I saw the new “Templates” feature get launched. Thanks for creating this request.

One work-around we do now, that is actually working well, is we’ve created a design Patterns file, and convert screens into components. Of course, you need to edit within those screens, so they’re just meant to be used as starting templates. At least this way, we can control what’s published and approved, and most elements within them are tied to our main components file.

We upgraded to the organization license today and one thing that was touted was being able to set templates across the teams. But seems we can only view community templates - which actually takes longer to find your org’s uploaded template than to just simply duplicate an existing one in your team’s workspace.

Seems like a feature that should have existed quite some time ago. I would expect the workflow to work something like

+1 This has always felt like such a huge missed opportunity. Today, my team has a file that we have to find, duplicate, and overwrite for every new project.

It would make way more sense to allow teams/orgs to set up Page Structure, Cover Page, screen sizes, etc. in a managed template, and have that available for designers when starting a new project. I mean come on, Sketch had this feature in 2013.