I have not been working with Figma for long and I have a problem that keeps coming up:

I have created a component that has different variants. As an interaction, one of these variants changes to a different property while hovering. In my case, that means that an icon appears additionally during hovering. For the main component, I chose an icon randomly because I thought I could swap this instance depending on the use case. However, the icon does not swap in presentation mode, since the icon which is set in the main component is displayed. Hope that someone understands my issue and can help me. 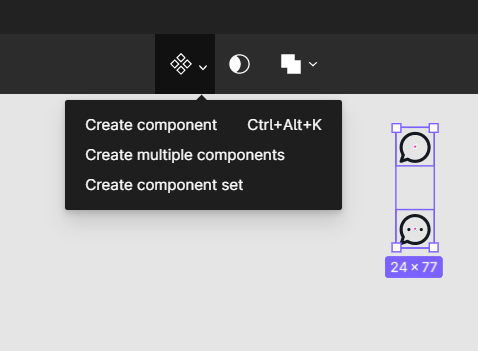 Thank Nikos for your answer.

This is what I did—or at least what I think I did. As you can see in the first picture, this is my component with different variants. While hovering the kebab icon appears. In my file, I want to use this component but have a delete icon instead of a kebab icon. But when I go to the presentation mode it still shows me the kebab icon. I also swap the icon in the hover variant to be a delete icon, which I just put below. You can see that it shows the delete icon.

The same happened to me before when I created a component for a button that contains an icon. Also in that case it showed me the wrong icon that I actually swapped for while hovering. It displayed the icon which was defined in the main component. So for each possible icon in that very button, I created a new component—which can be a pain in the … when you create an entire design system based on that kind of way.

Something that I saw just now: I also swapped the file icon to a different icon. This does not cause any issues—maybe because it is used in every variant of the component? 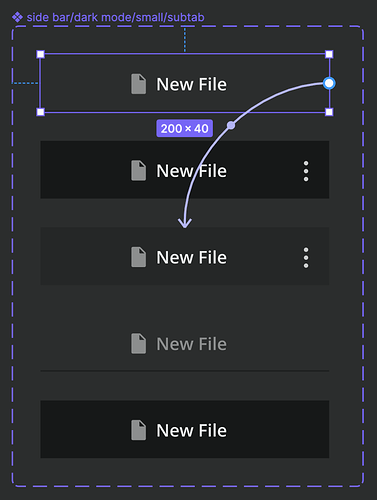 In my experience, when I need a button that will have animation (click/hover effects) I try to create a component with all the elements inside. Let’s say that you want to create a button with a text and and an icon and you have 3 cases with 3 different icons. One way, as you said, is to create 3 different components and then combine them in a component set. Another way is to make the button with all 3 icons on top of each other. In an instance of that component you can delete 2 of the icons (note that they won’t be deleted but hidden). In this way, you can leave the icon you want visible and produce all 3 instances of your button by not having them problem of the existance of the icon inside the parent component (All 3 exist) Here’s an example. As you can see, I have put the icons on top of each other and in each variant i delete the 2 of them. Here you can see the prototype: https://www.figma.com/proto/cDSr3PxbiaAWFV66rSUmZX/Untitled?page-id=0%3A1&node-id=20%3A103&viewport=241%2C48%2C1.79&scaling=scale-down 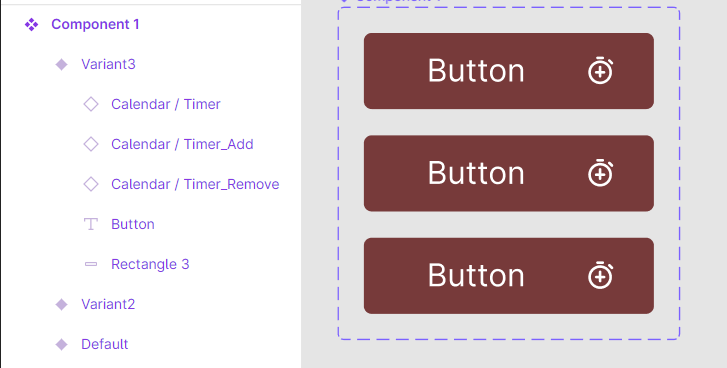 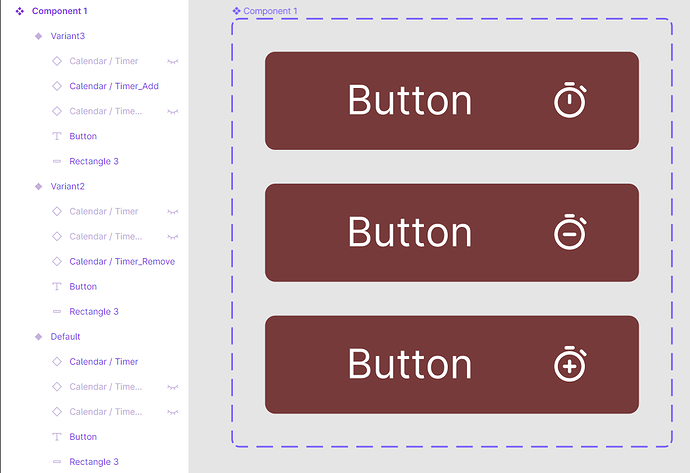 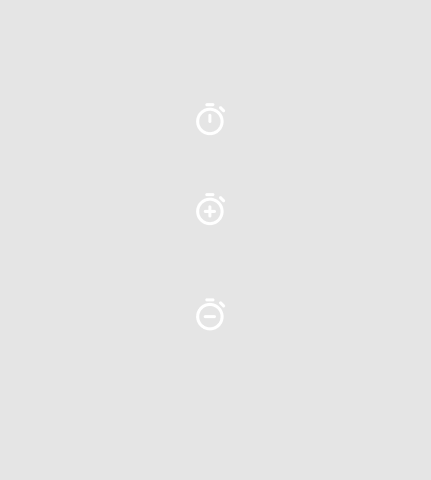 Hover and Press for the prototype effects!

Nevertheless, you helped me. For every upcoming hover state with a different icon, I will create a new variant and then—depending on the use case—I will change the variant to which it should change while hovering. 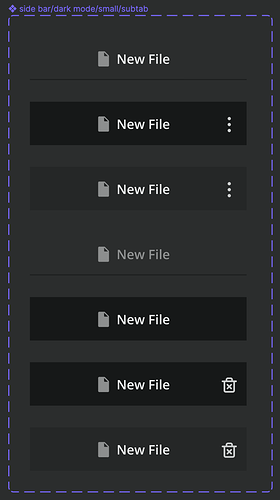