Just having a quick test of FigJam. Looks pretty useful. My initial thoughts are that It could potentially replace Miro for our Virtual Workshops.

We keep things simple with Post its and text generally so FigJam could easily cover this. However, it would be really useful to have a specific vote function.

I understand that you could use dot voting, or use emojis. But something more tailored to an actual vote could mean us not having to use Miro going forward!!

I second this. We use voting a lot, and in workshops with people from different levels of the organization, we’d like to keep it anonymous, to prevent senior leaders’ votes from affecting others’.

Mural is the gold standard for voting functionality. Votes sessions are anonymous and can be timed-boxed, you can give each user a certain number of votes, and the voting results can be counted automatically, sorted by number of votes received, and hidden/referenced later. Super useful for more complex workshops (e.g. a design sprint). I’d love to see FigJam copy any of these features.

It would be great to allow viewers to vote on the board in addition to dropping comments. For example, my PM doesn’t have edit access but would love to gather feedback about the direction or priority of elements in the file without allowign them to make changes.

+1 we also want to keep it anonymous and hide the votes while people are voting so that they don’t get affected by other people’s votes.

Our team is really looking for a feature where the team doesn’t see the voting results until the reveal. Currently the thumb-ups/likes/hearts really sway people in voting.

Anonymous voting for sure!!!

Yes, we need this as well before we would be able to switch to Figma completely.

My team could use this as well!

I am missing a voting funtion as e.g. dote voting from design sprints.
A limited amounts of stamps for each user they can place as they want, within a specific time limit

It’s the only thing stopping us from switching from Miro! Please implement anonymous voting

Hey all!
FigJam currently has voting widgets (and with anonymous voting option) that you can use in your files.

Figma - Simple Vote | A FigJam widget to get votes on your team’s ideas. Get...

Figma Community widget — A FigJam widget to get votes on your team’s ideas. Get votes anonymously, or show who voted. Duplicate this widget to all stickies or areas you'd like votes on. 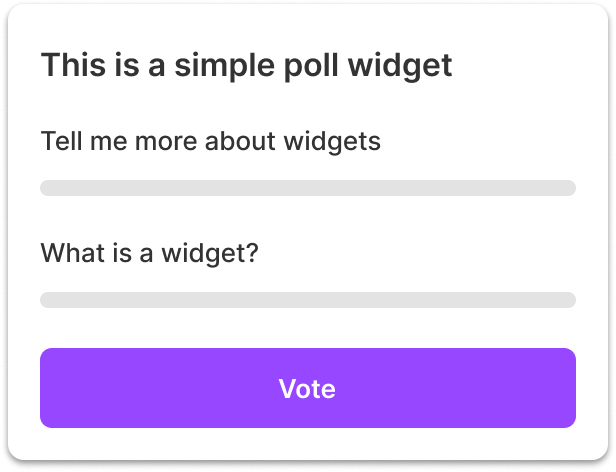 Thank you! We’ve tried these out but they’re just not as powerful as with Miro. With Miro, I can open voting sessions without having to move all the sticky notes nor manually add the voting object to each note. It hides all the mice on the screen so it’s true anonymous voting, and I can limit votes with it. It’s also a lot faster when we deal with several sticky notes at a time.

Would really love if you had something like this in the pipeline!

This plugins are good, but read-only users can’t vote

Thanks for opening the convo about the existing widgets. They might work for some cases but have some critical downfalls. One is that they don’t work well for larger amounts of stickies (lag a lot). But more critically even is that they fundamentally don’t work in a convenient way: ‘Simple Vote’ requires me to manually show the score for every sticky. ‘Voting Sessions’ does voting in it’s own interface, rather than allowing you to vote directly on the in-place stickies. Overall, I really agree with the folks who have suggested to make it work just like in Mural - if the devs can do that, honestly, it will make FigJam become a viable alternative to Mural/Miro for my company.

Voting in FigJam has been launched!

Narrow down options to speed up decision making by allowing everyone in a file to anonymously vote on a set prompt.