Instance properties do not behave as I would expect.

Instead of forcing me to create multiple components in order to swap instances, I would prefer swapping variables.

As an example, I have a progress bar component with multiple variants set to 10%, 20%, 30% and so on. As it stands, swapping the instance would make me have 11 different components that could all be one variant.

It’s simply not intuitive to swap variants from the child level while clearly properties are meant to give parent level control over components.

I just experienced the same problem; having a component set with variants just doesn’t let me switch it on parent level component… 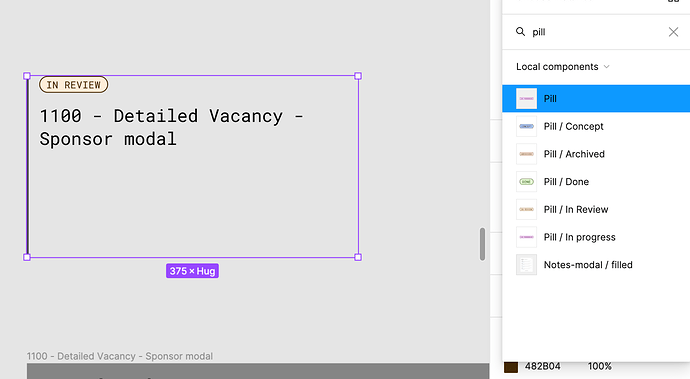 How the heck didn’t they see this coming? 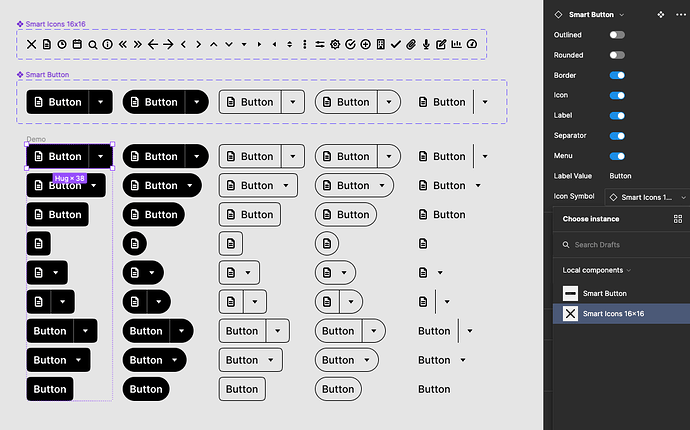 My screenshot is a simplified example of the situation. The whole project uses a large library of icons, assembled by a set of variants. I don’t want to break it down into separate components to get the flexibility of working with icons through an instance swap. But I like the Instance swap function at all, if only there was a way to choose a Variant…

You wrote “Instead of forcing me to create multiple components in order to swap instances, I would prefer swapping variables.”

I’am in a similar situation where i have to decide what to do with my common assets (icons, logos): Do multiple components or just one with multiple variants. Which is the better method? Why do you choose the “multiple variants in 1 component” way?

I’m also wondering if it would be possible to swap instances without having to publish the component you’re swapping. In the example @Paul_Brouwer posted above, ideally I wouldn’t want the status component to be published but I would want users to be able to switch the status of the component nonetheless. Dunno if that makes a lot of sense ^^’
Now with the instance swap property, you have to publish all the components that you use for the swap and since we can’t use variants for it, we’re back to publishing more components rather than less…

Not having to publish components makes sense, but I think it limits your sources of truth. If you have many different variants, including this pill, that need to be changed, then you must manually change them everywhere.

ah but they would still be linked to the original component in the library, so if you update the pill in the library then it updates everywhere… but yeah then it needs to be published and not hidden… arh always the struggle to keep it light but useful, but low maintenance ^^’

Please guys do this for us!

I also think this change is necessary. The new updates on the components are great, ie the boolean properties, but it’s very limited if it doesn’t allow us to easily acces variants. Having to click again on the layer defeats the whole point of the boolean property.

Figma will probably be adding this in with bubbled properties in the future:

There was another threat on the same topic, and this plugin was suggested as a stopgap until Figma implement this natively. 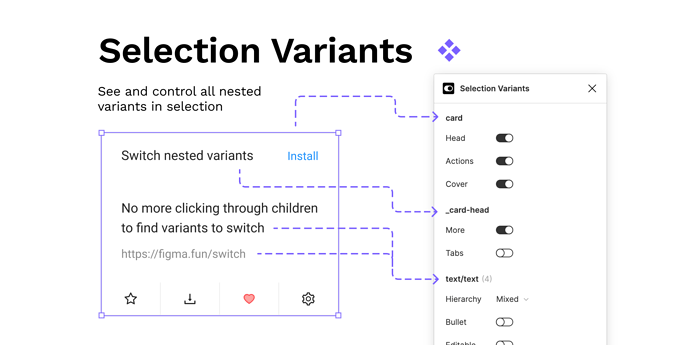 Figma Community plugin - See and control all nested variants instances in selection. Switch between variants without clicking through to find all the nested ones. Reduce the complexity of your design system by creating nested variants! Or simply use...

i came here expecting a solution. kinda surprised that is not how it works in the first place.