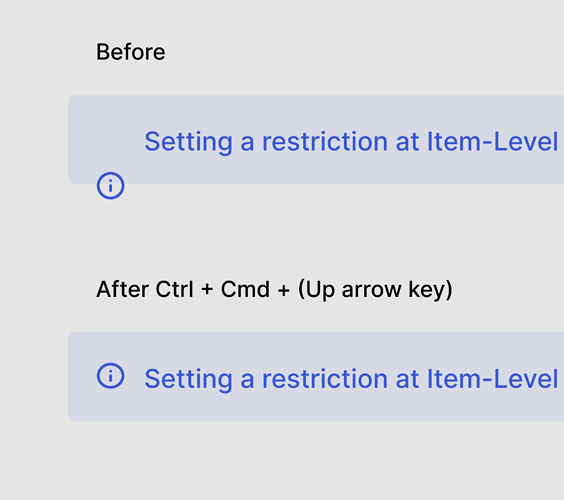 @Harshit_Rana, thanks for confirming I’m not going crazy!

Coming from Sketch and XD, I’ve been using ⌃ + ⌘ + arrow keys for alignment and thought they worked fine in Figma. I only recently noticed that text would wrap when I did (due to the width adjustment).

So now I’m wondering how many past designs did I align non-text objects and didn’t realize I probably shrunk them by one pixel!

It’s also interesting that those shortcuts are nowhere in Figma’s documentation. They only show ⌥ + A, W, S, or D for alignment.

I think Figma should either:

I like the first option better, but I can live with the second since I can just remap it in Keyboard Maestro.