Not letting me provide fillStyleId to a group node

I see that backgroundStyleId is depreciated but I don’t seem to be able to access fillStyleId when applying a new style to a GroupNode, do you know when this will be available? 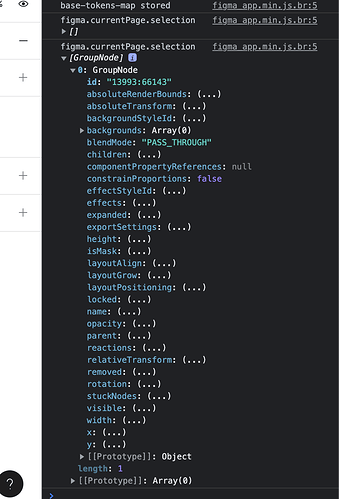 GroupNode doesn’t have “fills” and “fillStyleId” properties. And what you see in the properties panel in the Figma interface is the fill or fill style of the children.

Thanks so much! I find it confusing that the GroupNode documentation is saying to use fillstyleId instead when it’s not available, is this a bug?

The group node is a container used to semantically group related nodes. You can think of them as a folder in the layers panel. It is different from FrameNode, which defines layout and is closer to a ` in HTML. Groups can be created by grouping...

Perhaps the documentation says so everywhere, regardless of the support for fills/fillStyleId. You can also look at the same link that GroupNode doesn’t have fills/fillStyleId properties (they are not listed).