How to not show shadow through transparent shape? can we improve this?

In Sketch, if an object has transparency and drop-shadow, that drop-shadow applies only to the outside of the object, but in Figma, drop-shadow is always visible behind the layer fill. I found out 2 ways so far. 1) knock-out/mask on the drop shadow layer separated from the transparent object 2) adding one more layer with a white fill > change the pass-through layer mode to dark/multiply and add drop-shadow. None of them feel smart to me. Is there any easy way to do or plan to improve this?

I’d say using a mask is the most optimal way for this case. There are no simple ways.

Thanks for the quick reply. Do you know if Figma has a plan to update this soon? This seems not smart and somewhat frustrated for ex-Sketch users.

I don’t know but I wouldn’t be surprised if it wasn’t planned because only about three people per year have this problem. You can create a suggestion on the forum in the #product-ideas category so people could vote for it and eventually Figma team could see it and consider. 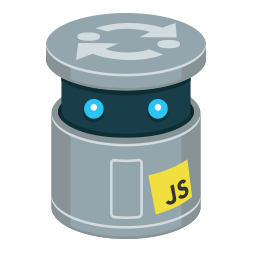 A live pastebin for HTML, CSS & JavaScript and a range of processors, including SCSS, CoffeeScript, Jade and more...

Therefore, it looks more sensible to knock out drop shadow from its background than the current figma behavior.

would it be possible to add checkbox to Figma shadow function, which would knock the shadow color from “inside” the object?

Thank You for considering this old idea of the community

Personally, I’d be happy just moving to the way box-shadow works in CSS and not having the bleed through option. Is there a product or customer reason this was built this way that I just happen to be dodging over and over again?

I want this too !
@Gleb People can be silent about it, that doesn’t mean they doesn’t want it

Adding my name to list of folks who need this to work to match CSS box-shadow.

Adding my name here as well. This is currently super frustrating for me and my team.

Desperately need this feature at my organization!

This feature is now implemented! Use the new checkbox “Show behind transparent areas” in the effect settings:

Amazing! I can’t help falling in love with Figma

This feature only supports it visually inside of figma, but breaks when viewed on Figma app, prototypes, or when shipped to dev. Any solutions?

If you think this is a bug in Figma, you can report it to Figma support team via the bug report form.