The style token for Fill appears in the inspector panel but for the stroke style token it doesn’t show up. Is this a known issue?

Yeah, would be really helpful to have this feature in the export panel

Me and my team noticed this issue recently while the dev handoff process and the devs pointed out that stroke style is not being shown as a ‘style’ as it does for fills and effects. It just shows the border thickness and colour no style. We have a set of stroke styles in our system but it’s sad that Figma is not showing them as intended.
Would love to see the strokes as styles, it’ll help us a great deal. 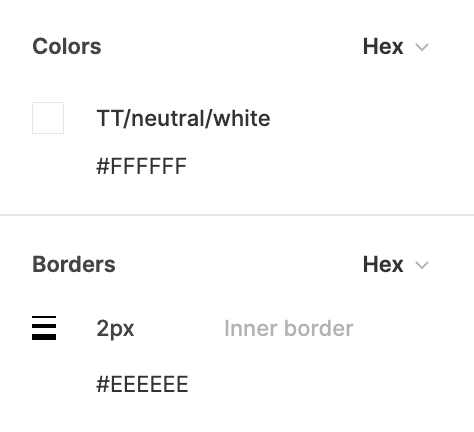 It was closed due to inactivity, but a topic was raised last year about the face that styles are not present on Strokes in the Inspect panel. This causes issues when working with engineers to develop design token-led component builds.

When viewed by a designer/editor

When viewed by a developer/viewer

This is indeed missing! It would be nice to align this with the fill and effect colors, to also show border styles in the export tab.

Would indeed be really helpful to also show the Color Style for Strokes in the Inspect panel!

It’s displayed in the CSS section: 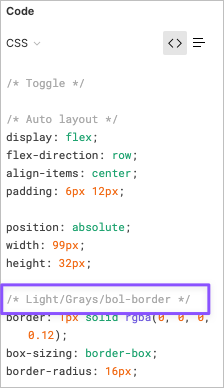 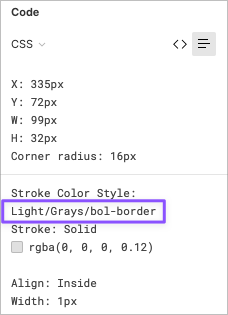 But adding it to the Borders section like for Fill Colors would be great.