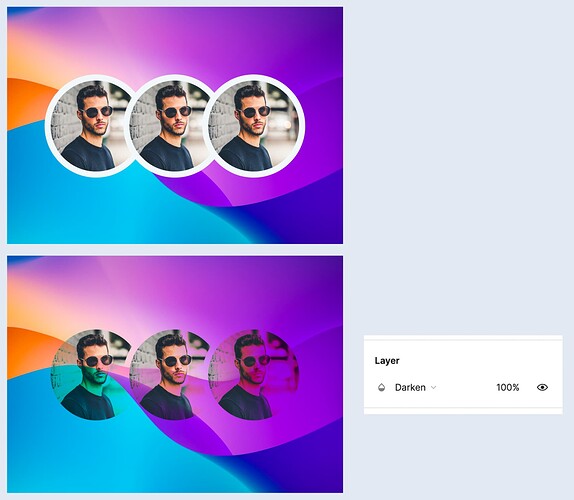 I’ve got 3 overlapping profile photos (via autolayout) here and I’d like the image behind the 3 photos to show through where the strokes are (top image). This normally wouldn’t be an issue if the background was solid white to match the stroke. Since the background is an image, I’m wondering if there is a way to get it to work without rasterizing any of the layers, so that I still have the ability to swap out the profile photos later.

This is the closest I could get to achieving this effect (bottom image). When I apply the Darken layer effect to the group, it allows the background image to appear through where the white stroke was. But unfortunately it also affects the profile image colors.

Has anyone solved this type of thing?

great question, I was wondering the same to create an effect of “mutual friends” on Facebook to show them overlapping