The ability to group fills, strokes and effects into a layer style - similar to Sketch. At the moment, these are separate which make it quite difficult to set and apply common style rules to objects.

Thanks for the suggestion. In the meantime, a plugin from our community may be useful. Here’s an example: 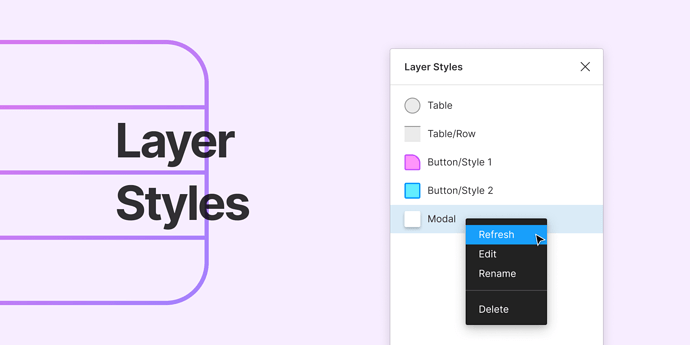 Figma - Layer Styles | Save and apply style presets, including strokes,...

Ah, that’s interesting. Unfortunately it’s a bit of a hard sell for me to use third-party plugins as a core part of a large design system, as their maintenance can’t be guaranteed. Any idea if this suggestion will make it into Figma as an official feature?

That’s totally understandable. This feature request is a great starting point to gauge interest through votes by the community. Overall, this will help our developers prioritize requests for future release.