Renaming layers one by one: change layer selection on canvas as tab to next

Sometimes I want to rename multiple layers in quick succession, but not in a way that it makes sense to use batch renaming (ie. the names of the layers do not follow any sort of pattern that could be automated/templatized).

For example, I’d like to rename the layers within this map of Germany to match the names of the corresponding states. 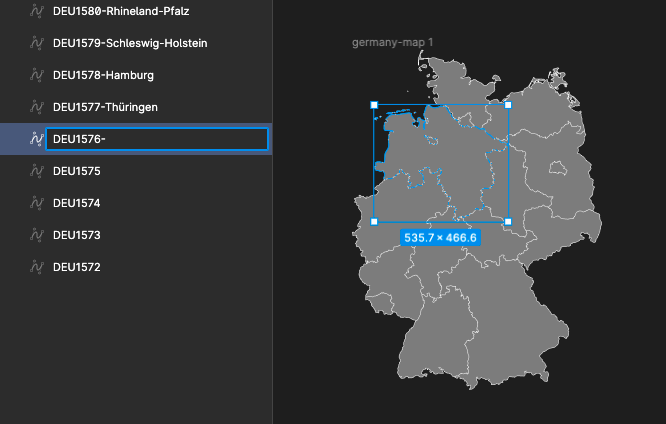 To then rename the next layer in the list, I can hit Tab which will save the current edit and place the cursor in the name of the layer immediately below. However, the selection on the canvas (and in the layer list) remains on the layer I selected initially. 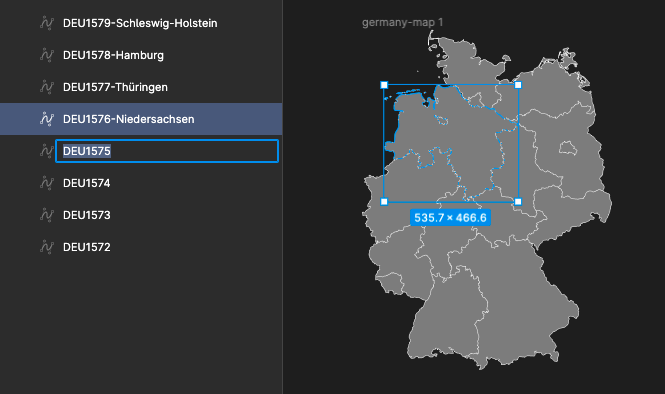 For now, I have to hit ⌘R to rename a layer, press Enter to confirm the change, hit Tab to select the next layer, and then ⌘R again to rename the new layer.

Or I have to memorize the order of the layers and keep track in my head as I Tab through.

It would be nice if the layer selection always matched the layer name that I am editing, even if I Tab (or ⇧Tab) to another layer without first confirming the change. 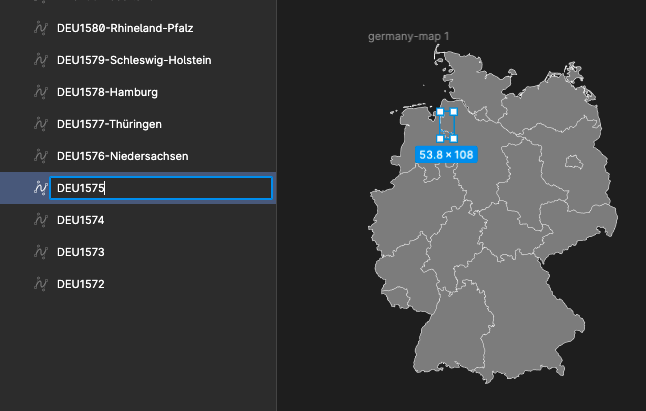