Remove unused files from a project for prototyping

I have a prototype that I’ve put live and it was taking ages to load. (approx. 15 seconds) We’re using it for some user testing and in the grand scheme of things, its not that big or complicated - it smart-animates some menus opening and has a couple of smart objects, but nothing overly bad.

What i have noticed though is when inspecting the prototype on its load, its loading in fonts that just don’t exist in that prototype. These are fonts that i used for labels outside of artboards so I can organise the project. Its causing 404 errors and in total taking about 2.5 seconds to load just these assets, so i would hate to think what else is loading in the background that isnt needed? 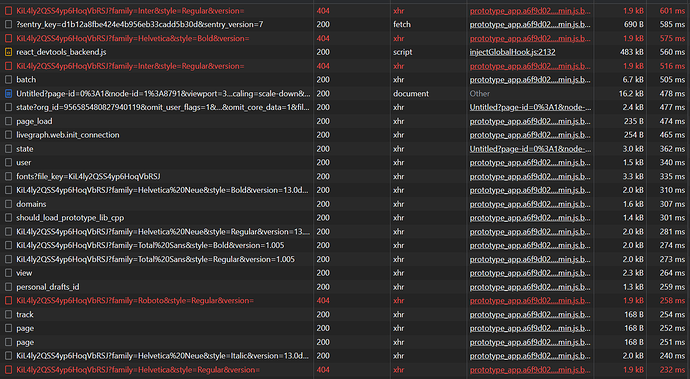 I tried copying the files to a new project to test it, but these fonts get copied over from what I can only assume is the project history?

Not sure if i want help, or just to point it out as an issue to get fixed lol but any solution to removing unwanted bloat would be great