Reducing clicks 3: A faster way to switch between variants

[Captura de pantalla 2021-07-28 a las 19.00 copia] Removing the dropdown makes it possible to reduce the number of clicks to work and thus make the work easier. I request to reduce as much as possible the clicks by changing the dropdowns to other more usable options. In general, the whole Figma platform has many

Following my line of reducing Figma clicks, I propose that we replace the width mode selection dropdowns with buttons. My index finger arthritis will thank you. [image] [image]

It’s a nice idea, but technically problematic. If the potential number of variants are arbitrary then no single code could reliably handle updating the GUI for a growing slider. 5 variants looks manageable, but what about 20? At some point it becomes unusable and a different approach is needed.

A dropdown menu is good for handling larger amount of options, as it also allows you to name the options making it easier to find what you’re looking for. A stepper I think could be a middle ground between the two approaches. But if the goal is to reduce clicks then each approach has an optimal use case.

Yeah, I think as well with this option as much as we can offered is 5 - 10 options. That would be the maximum range that could be given with this slider model.

From there you would have to create or another property or as you say a steper system. would it be something like this? 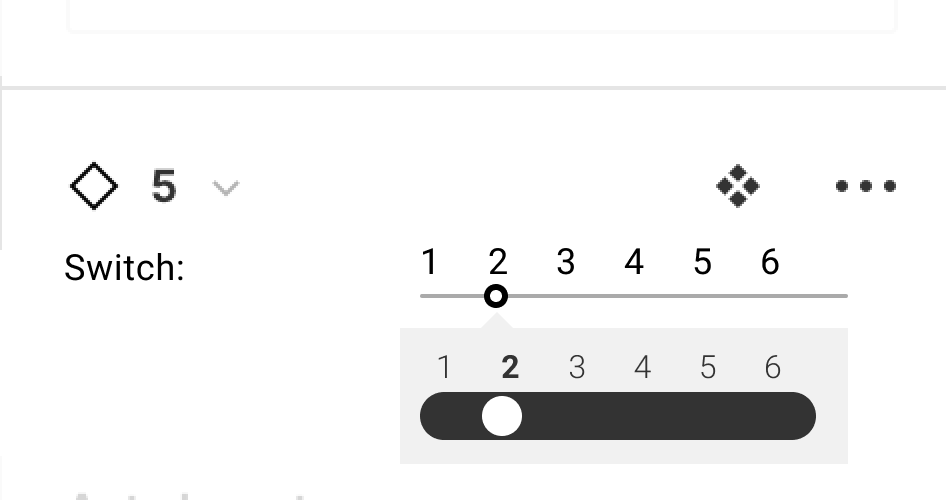