Need to be able to collapse teams in the teams menu

It’s kinda crazy that you cannot collapse a team in the teams’ menu (accordion style). I really hope it gets added. What do you do if you have several teams with hundreds of projects? 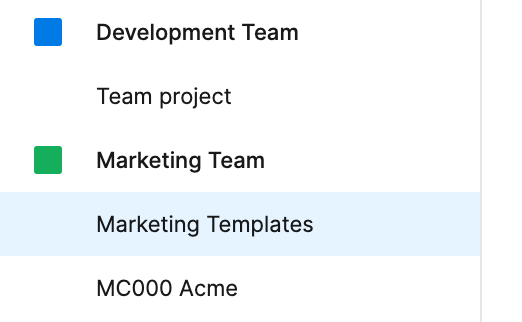 @Chad_Ashley I had the same issue and figured out what was going on. It’s not obvious, but what you’re actually seeing in the sidebar are the projects within each team that have been selected as favourites. If you’re the one who created the project, Figma may automatically set these as favourites (because I don’t remember ever doing this).

The solution I found was to click on the team name (in your case “Development Team” or “Marketing Team”) and in the main window when you see the list of projects within the team, uncheck the star icon for each project.

I had a couple of cases where none of the projects were actually marked as favourites but were still showing in the sidebar. For these, I marked them as favourites and then unchecked them straight away and that removed them from the sidebar.

Is there a place to suggest these improvements as I am in the same predicament? I also don’t want to remove the favourites as I use the feature as well. Collapsible teams just make sense.