Moving on X-axis or Y-axis inside a tilted frame doesn't work. The shape conforms to the canvas, not the frame

When trying to move an object inside a tilted frame, we expected that it would conform itself to the X- and Y-axis of said frame… but it doesn’t.

When you move it, it moves on the axis of the canvas itself. Is this logic? Wouldn’t it be more logic to be able to move the object in the same direction as its frame is tilted? 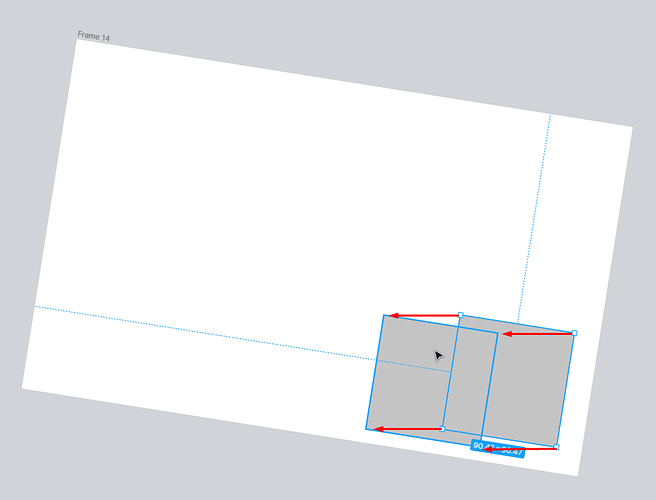 The image shows the box I want to move, and an example of the moved box… which seems to only conform to the canvas, so shifts horizontally, while we expected this would shift on the same axis as the titled frame.

PS: Added the arrows to show which direction the frame went.