Get a set of variants to show in the Assets tab?

So I’ve a group of variants which I want to show as a component under the Asset tab. Which it does. But only the first variant in that group/component? Why is that? 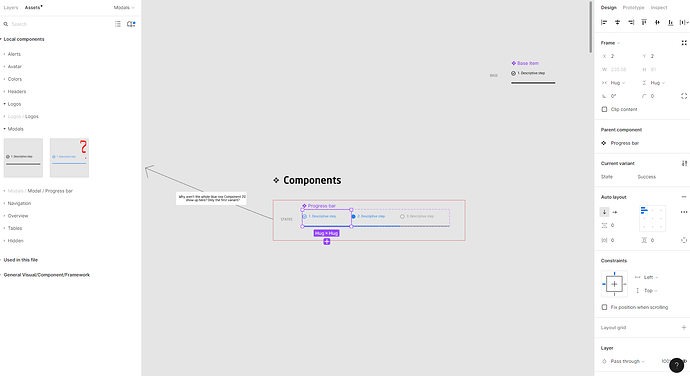 That’s how they’re meant to work. Variants ar variations of a single component, so it’s treated as one and shows the first one, which is the default.

If you want them all to show in the Assets panel, they need to be separate components. You should be able to drag them out of the variant set.

Hmm allright. One gets a bit limited when having it as a component though.