Hello, there was a problem today, please help
Figma stopped showing local fonts from the computer
Gives an error that the font is lost
I installed the font installation manager, then for example I installed the Helvetica font, rebooted the Figure and when I go into the project and write text with the Helvetica font, the figma cannot find it and the font manager is deleted.
Reinstalling the font does not help.
What to do? Is this a Figma system bug or is it an error on my computer?
Figma is good reacted to system fonts, but not see the local, this is strange…

Hi! I have a similar problem. Were you unable to solve it?

Hi!
No… I’ve already tried everything…Now I tried reinstalling Windows 7 and the problem persisted…
The only thing I noticed was that the problem was either in the Figma itself or in the font manager itself, because it is constantly being deleted after an error with fonts
And I also tried to run Windows on a laptop where the Windows ver. 10 operating system, there is no such error…
Maybe this is some kind of version compatibility conflict with the Figma, or something with the Figma or its local font manager…I dont know…
If you can solve the problem, please let me know, i wrote to help center but answer is not yet…

I also tried reinstalling FigmaAgent, but the problem repeats all over again.
You are correct in saying that there is no problem on Windows 10.
I think it’s in the Windows 7.
By the way in the browser requirements they write that support starts with Windows 8. 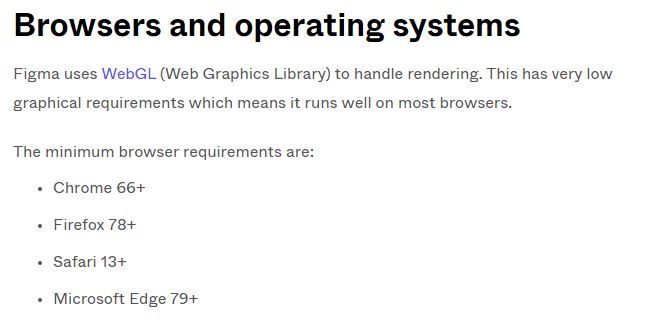 So, this is very bad and sad…
Yes, there may be a problem either in the operating system version, in this case everything is going well on Windows 10, or it is related to the bit depth of the system, if you have 32 bit Windows you need 64 bit
I checked it on the example of the analog of the Figma - Pixso and there, too, fonts are installed using the manager
When I tried to install it, it gave an error that I had the wrong bit version and it was better to have 64 bits …But i cant setup 64bit…
I did not expect such insidiousness from Figma, everything worked before that

Now, to do operations with fonts in a graphic file, i must have to use Photoshop, although I don’t like it,
And if i need to change the font in the web-site project macket, I will use a laptop with Windows 10, I really have the Internet there using a phone, an access point and it’s expensive …