A capability I used to use often when designing UIs in Adobe Illustrator was to dedicate a single layer that existed across all artboards as a callouts/presentation notes layer.

Commenting is great for a back and forth, but doesn’t meet the need of being able to control exactly what is displayed on screen. I’ve thought of making a simple plugin that could hide all objects named “callout”. Is there a better way that I’m missing? 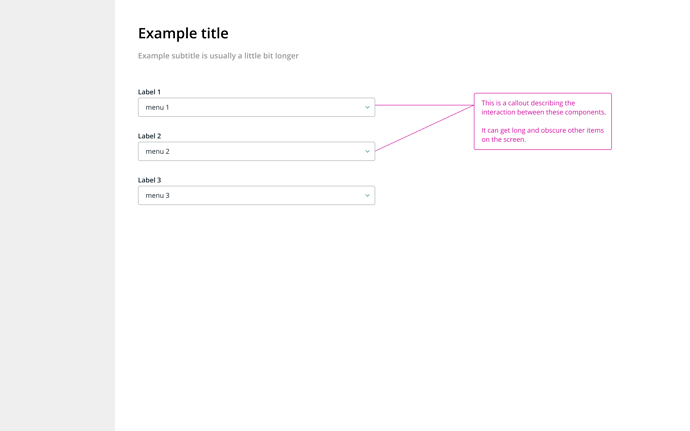 2 posts were merged into an existing topic: Annotation Overlay