Two things making the drag gesture impractical for me:

In my repro, the secondary bar with actions should stick to the header or the bottom bar, as it does when resizing on the canvas. In Present mode, the actions bar animates independently, not as specified.

This video shows resizing on the canvas, then the weirdness of the prototype interaction. 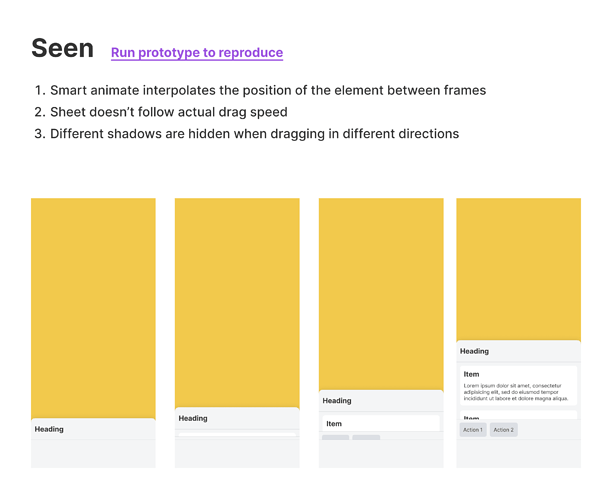 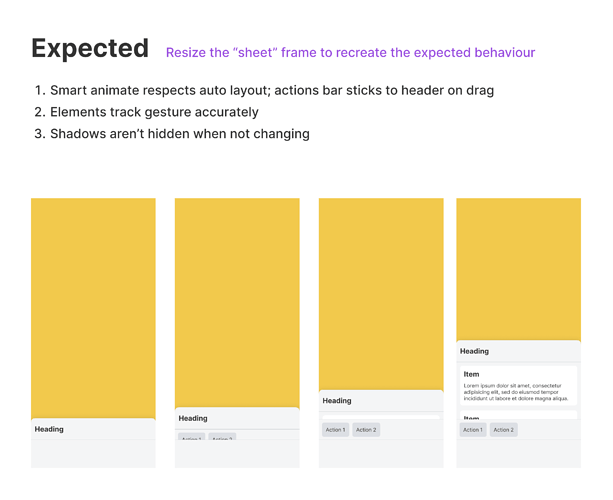 Repro and seen/expected behaviour in this file