When creating multiple prototypes with Figma with a consistent style, it’s currently not possible to create components, where the children can vary and are connected to the same style.

Simple example, I have styled a simple pop-up with title, close button, border-radius, close button and CTA. Currently, I’m copying this design and create different components for a filter pop-up, a dialog and so on, although they all share the same “background”. It would be really cool, if there would be an option, where you can create components, where some part can be replaced with a variable content. By having a placeholder in this component, you would be able to always choose what you want to include here like whether it is a list of checkboxes, a simple text message, maybe an image as well. These placeholder could also be interactive components or the existing interactive components could be extended by connecting it to a same style. 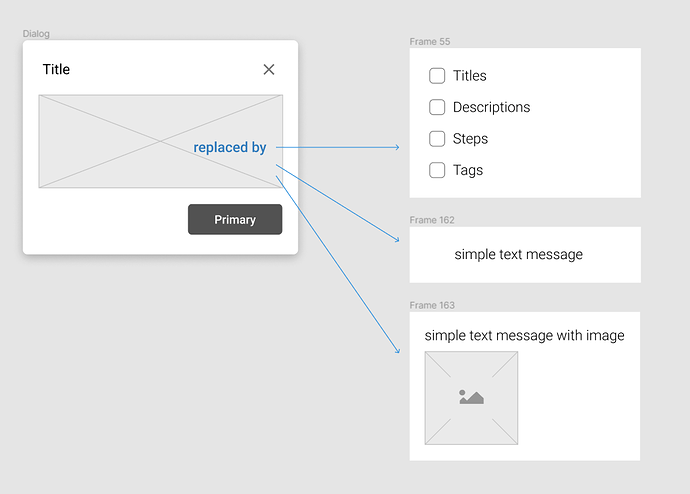 Do you already have a way to solve this somehow without always having to change every variation of the same style? I would love this feature!

A post was merged into an existing topic: Fully Editable Component Instances

A vote has been moved.