Children of Frame returned an empty array, but visible in console

Hi, I am new to Figma API

The Scene tree (screenshot) looks like this, my goal it to select all nodes named Cell
I have tried

However, they are accessible from console window (screenshot). Not sure where i did wrong 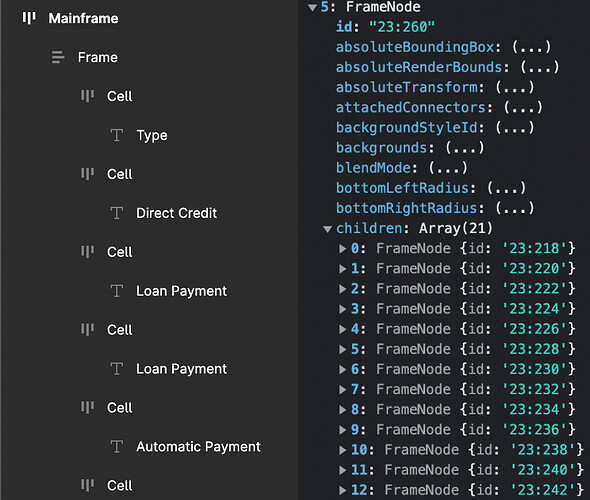 Answering my findAll part of the question, turns out I should put

before await figma.loadFontAsync(text.fontName); otherwise the cell name will still be ‘Frame’. So the search works, I think the forEach also has something to do with Async createText(), still not sure why.

I don’t know why it’s not working eariler.