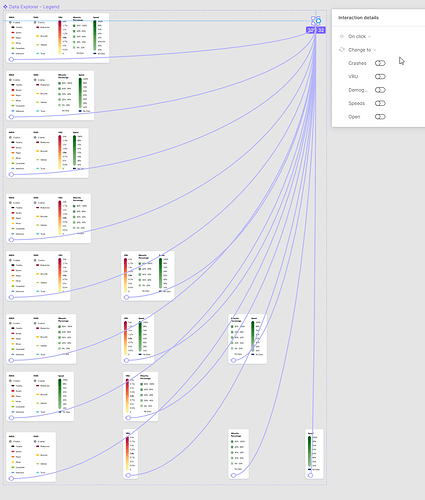 I use a lot of components with a lot of variants. Often times these components include states that have some kind of toggle or closing interaction. Because of the number of variants, one thing that would be useful to have in order to reduce the number of additional screens to maintain for prototyping would be a “Change to last” interaction similar to how the “Back” interaction works. This would only go back to the previous variant instead of back to the last screen.