Bug? Blurry/pixelated/unsharp photos in design previews are also exported in that ugly state, unless I change something, undo it and then export

Problem:
Some photos (or other embedded elements) are loaded in a somewhat blurry/pixelated (I call this unsharp) state. If you export these, the final files are also unsharp.

To solve it, I have to first select the image, rescale it, then undo that change, so the image returns to its normal sharp state and then export it. If I don’t, the exported image is the unsharp one.

I have no idea if this is a preview image that is loaded, to make Figma faster, or a bug that it doesn’t load the full image.

Solution?
If you export something, the export module has to import the sharpest state of an image, before it exports, instead of whats on screen. If that even is what it does.

I would like to have the sharpest possible version in an export, independent from having to rescale all assets, undo-ing and then exporting.

Per example
In this design, the kid is sharp, but the other two photos are not. 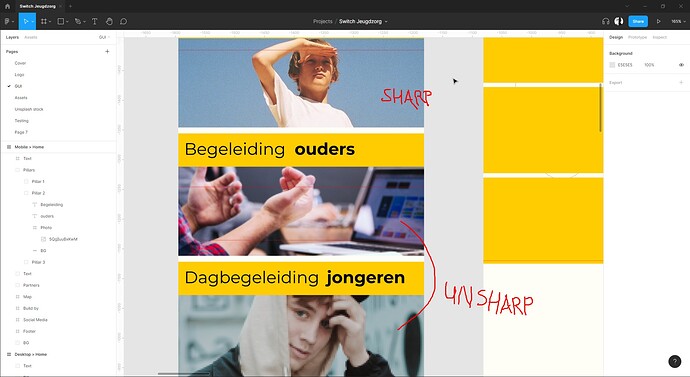 I select the next image in my Layers panel and when I rescale it, the photo becomes sharper. I undo this, to have a new sharp version, that is available for export. I would prefer not to have to do this. 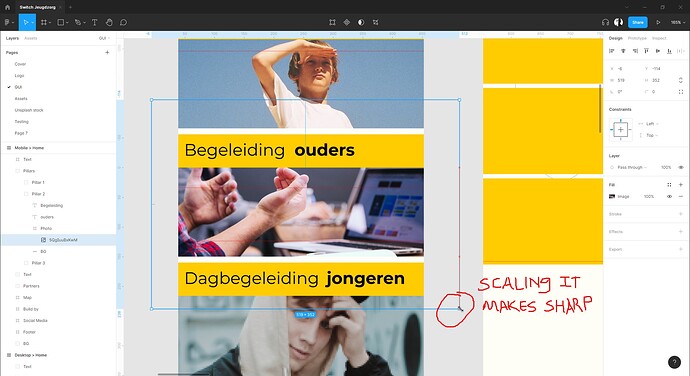 For example… if I export the teenager, in its unsharp state, the exported image (see Windows Image Viewer preview) will also become unsharp. 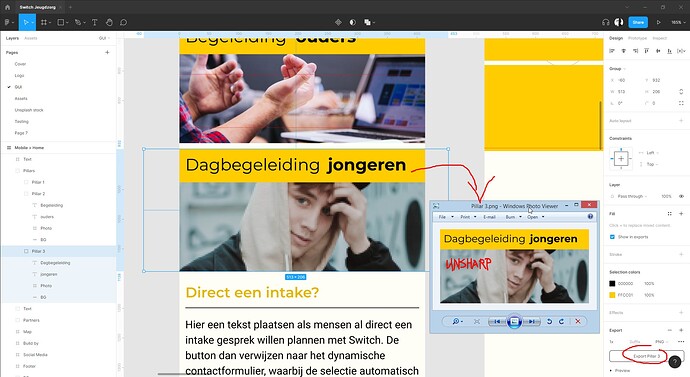 But if I first play with the image size, rescale, undo and return it to its previous state… the preview become sharp, and when exported (see Windows Image Viewer preview) the final image is also sharp! 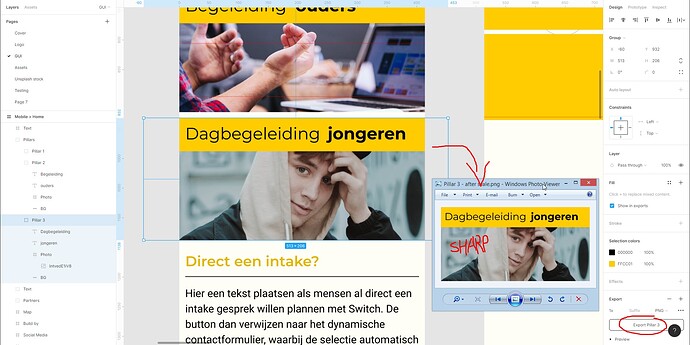 Does anybody have this same issue? If this is a known issue within the system, can this be resolved? I’d hate to have to triple check my own work, before exporting. This also applies to whole design systems that handle hundreds of images at once!?

No feedback from anyone from Figma?

I’m also having issues with images exporting in poor quality. Just the images though. I will try this workaround for now, but I hope a better solution is found. Bump to figma!

I have the same issue exactly and it is a giant design system - for NASA no less. The file is too big to save as a .fig, too big to export as a PDF, and even when I break it up into multiple pages it is exporting the low res image preview as you describe above. I will have to involve the Figma team as we have exhausted all other ideas. NASA Web Modernization Case Study — supersixseven