Allow usage of multiple styles at a time

As a user, I want the ability to use multiple linked styles at a time so that styles can be more modular.

Currently, I can create a single style that contains a drop shadow and a background blur; however, I cannot create two separate styles and use them together.

I can define as many static properties under Effects as I want.

However, I can only use a single Style under Effects. 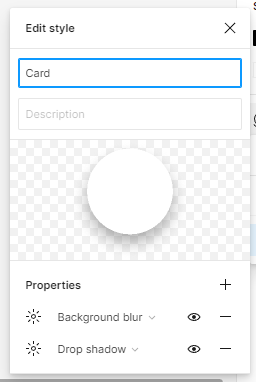 That Style may include as many properties as I want; however, I want to be able to separate these properties into their own styles.

Currently, I would have to create three styles:

Instead, I want to be able to use the two separate styles (Drop Shadow and Background Blur) together or individually when I choose.

I’m in the exact same boat.
Our design system has 5 different set shadow levels saved as 5 different styles. Unfortunately right now, in order to combine them with a background blur effect, I would need to either detach the style, or create another 5 separate effect styles that combine the shadow + BG blur, which seems pretty convoluted.