Adjust Aspect Ratio of an object

More and more aspect ratio is becoming an important measure in responsive web design. In CSS there is the new aspect-ratio property. Social platforms are beginning to specify aspect ratios for in their ad specs. I find myself going to this online tool almost daily to figure out and calculate aspect ratios of pixel dimensions.

It would AMAZING if Figma had the ability to adjust the size of objects via aspect ratio (similar to the calculator functioality above), or even simply show the aspect ratio of an object. If anybody knows of a plugin that has similar functionality let me know, however I think it would be killer to for the Figma team to implement something natively. I’ve crudely mocked up my idea below: 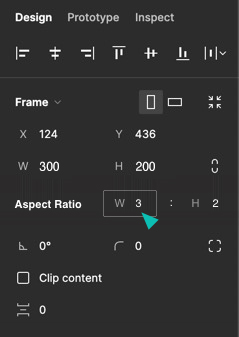