It would be great if Figma had a glyphs panel.

A glyphs panel allows designers access to all the glyphs available in a font. For example, many fonts include icons, arrows, or other characters that may not be included or consistent across all of the fonts. With a glyphs panel, a designer can see see and use all the designed characters in one spot.

Hi @Liz7. Currently you can use my plugin—Glyphs. Only it displays all existing glyphs, regardless of the font. If you don’t see a glyph when pasted into text (displayed as a space), it means that your text font doesn’t have that glyph.

@tank666 thanks, but I am looking for glyphs specific to the font I am using so they will match

I agree with Lizy. This is a feature that needs to be a native feature in the design software, so that designers don’t have to rely on inconsistent plugins or OS apps to pick special characters and glyphs. It’s important because all fonts have different glyph sets, and nobody has a keyboard that can access every glyph in a given font. Many fonts these days include UI icons and symbols, ornaments and borders, and other special glyphs that are difficult for designers to discover without a glyph picker in their design software.

Adobe’s glyph panel would be a good model for this, but I could also imagine some features from the macOS Character Viewer being useful, too, like “frequently used”, and the side panel that shows how the selected character looks in other fonts. The key thing that Lizy is looking for, and that I would agree with, is that the glyph panel should primarily be used to display what’s available in the current font like the Adobe glyph panel, not all of Unicode like the macOS Character Viewer.

It would also be really helpful if glyphs without codepoints (like stylistic alts) were included too, like they are in Adobe’s glyph panel. I understand this might be trickier to implement, as you might need some smart code that determines which OpenType features will activate a given glyph.

+1
Please add me to the list! I’d really like to see a native glyph panel. Or at least copy/paste support for unmapped glyphs. I have FontXplorer X Pro which shows all the available glyphs of a specific font. I can select one, copy it and paste it into other writing apps like TextEdit, Pages or Word.

However Figma won’t insert the copied glyph from the clipboard: 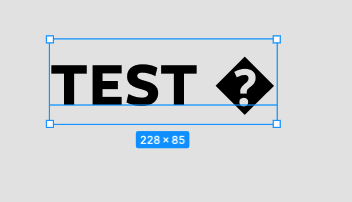 Totally agree with Lizy on a way to access all alternate glyphs, especially for a letter that has more than 1 glyph.

The font I’m using, it has more than 1 glyph on the same letter. In photoshop, I simply select and they are shown up and in Illustrator, it has a glyphs panel, but I can’t find anything for Figma. 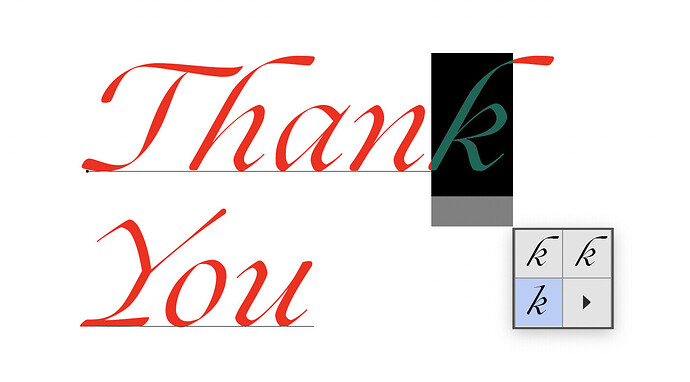